BACKGROUND:
Asarone is one of the most researched phytochemicals and is mainly present in the Acorus species and Guatteria gaumeri Greenman. In preclinical studies, both α- and β-asarone have been reported to have numerous pharmacological activities and at the same time, many studies have also revealed the toxicity of α- and β-asarone.

PURPOSE:
The purpose of this comprehensive review is to compile and analyze the information related to the pharmacokinetic, pharmacological, and toxicological studies reported on α- and β-asarone using preclinical in vitro and in vivo models. Besides, the molecular targets and mechanism(s) involved in the biological activities of α- and β-asarone were discussed.

METHODS:
Databases including PubMed, ScienceDirect and Google scholar were searched and the literature from the year 1960 to January 2017 was retrieved using keywords such as α-asarone, β-asarone, pharmacokinetics, toxicology, pharmacological activities (e.g. depression, anxiety).

RESULTS:
Based on the data obtained from the literature search, the pharmacokinetic studies of α- and β-asarone revealed that their oral bioavailability in rodents is poor with a short plasma half-life. Moreover, the metabolism of α- and β-asarone occurs mainly through cytochrome-P450 pathways. Besides, both α- and/or β-asarone possess a wide range of pharmacological activities such as antidepressant, antianxiety, anti-Alzheimer’s, anti-Parkinson’s, antiepileptic, anticancer, antihyperlipidemic, antithrombotic, anticholestatic and radioprotective activities through its interaction with multiple molecular targets. Importantly, the toxicological studies revealed that both α- and β-asarone can cause hepatomas and might possess mutagenicity, genotoxicity, and teratogenicity.

CONCLUSIONS:
Taken together, further preclinical studies are required to confirm the pharmacological properties of α-asarone against depression, anxiety, Parkinson’s disease, psychosis, drug dependence, pain, inflammation, cholestasis and thrombosis. Besides, the anticancer effect of β-asarone should be further studied in different types of cancers using in vivo models. Moreover, further dose-dependent in vivo studies are required to confirm the toxicity of α- and β-asarone. Overall, this extensive review provides a detailed information on the preclinical pharmacological and toxicological activities of α-and β-asarone and this could be very useful for researchers who wish to conduct further preclinical studies using α- and β-asarone.

Pharmacology and toxicology of α- and β-Asarone: A review of preclinical evidence.

HnRNP A2/B1 has been found to be an oncogenic protein strongly related to the growth of human glioma cells. Herein, β-asarone, the main component in the volatile oil of Acori tatarinowii Rhizoma, inhibited the cell viability, proliferation, and colony formation ability of U251 cells. Moreover, β-asarone induced apoptosis and cell cycle arrest at the G1 phase. Notably, β-asarone suppressed the expression of hnRNP A2/B1 and hnRNPA2/B1 overexpression remarkably reversed β-asarone-mediated apoptosis and cell cycle arrest. Importantly, β-asarone promoted the alternative splicing of Bcl-x by enhancing the ratio of Bcl-xS/Bcl-xL. Meanwhile, hnRNPA2/B1 overexpression mitigated the promoting effect of β-asarone on the alternative splicing of Bcl-x. β-asarone also regulated the level of the key proteins involved in the death receptor pathway and mitochondrial apoptosis pathway. Additionally, β-asarone modulated the cell cycle-related proteins p21, p27, Cdc25A, cyclin D, cyclin E, and CDK2. Finally, β-asarone inhibited tumor growth and induced apoptosis in nude mice bearing U251 tumor xenografts. β-asarone also suppressed the hnRNP A2/B1 expression, enhanced the expression of cleaved-caspase 3 and p27 and the ratio of Bcl-xS/Bcl-xL, and reduced the expression of CDK2 in U251 xenografts. Together, β-asarone-induced apoptosis and cell cycle arrest of U251 cells may be related to the suppression of hnRNPA2/B1-mediated signaling pathway.

β-Asarone Induces Apoptosis and Cell Cycle Arrest of Human Glioma U251 Cells via Suppression of HnRNP A2/B1-Mediated Pathway In Vitro and In Vivo.

Lung cancer is the leading cause of cancer death worldwide. Chemotherapy is one of the most effective strategies for lung cancer treatment. However, the side effects of chemotherapy limit the application of chemotherapeutic agents. The β-Asarone, a low-toxicity natural compound from a traditional Chinese medicinal herb, has been demonstrated to display anticancer activities in multiple cancer types. However, the anticancer activities of β-Asarone in lung cancer have not been shown, and the underlying molecular mechanisms are still unclear. In the current study, we show that β-Asarone displays a dose-dependent inhibitory effect on the viability of lung cancer cells. Additionally, β-Asarone significantly suppresses the cell migration, invasion, and adhesion of lung cancer cells. Moreover, β-Asarone induces apoptosis associated with the activation of caspase-9 and caspase-3, the upregulation of XAF1, Puma, Bax (Ser184) and Bad (Ser112), the downregulation of XIAP, Bcl-2 and Survivin, the translocation of Bax, Bad, phospho-Bax (Ser184), phospho-Bad (Ser112) and cytochrome C and the reduction of the mitochondrial membrane potential. Mechanistically, our study shows that β-Asarone inhibits Wnt/β-catenin signaling. Rescuing the activation of Wnt/β-catenin signaling overcomes β-Asarone-induced anticancer effects. Taken together, our data provide the first evidence of the anticancer effects of β-Asarone in lung cancer, demonstrates that the inhibition of Wnt/β-catenin signaling could be critical for β-Asarone-induced anticancer effects. Our study thus suggests a potential application of β-Asarone as an anticancer agent in the clinical treatment of lung cancer. 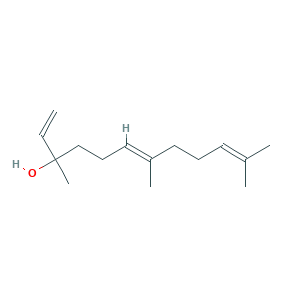 Nerolidol Item Number: BD-D1326 Specification : For Reference Standard and R&D, Not for Human Use Directly.CAS: 7212-44-4 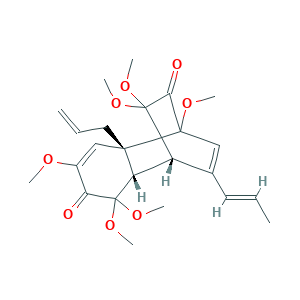 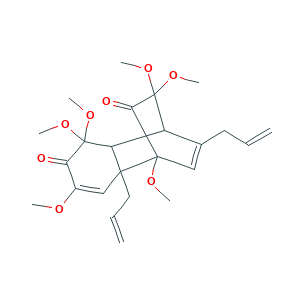 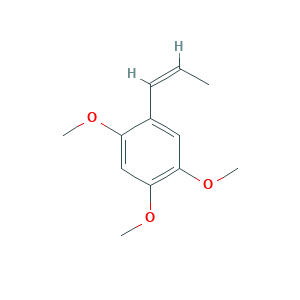