Aims
To examine the relationship between sedation and pupillary function by comparing the effects of diazepam and diphenhydramine on arousal and pupillary activity.

Relationship between sedation and pupillary function: comparison of diazepam and diphenhydramine

Background
There are few data on the prevalence of obesity and its influence on achieving blood glucose, blood pressure, and blood lipid (3B) goals in Chinese type 2 diabetes outpatients.

Methods
Patient demographic data, anthropometric measurements, medications, and blood glucose and lipid profiles of 24,512 type 2 diabetes patients from a large, geographically diverse study (CCMR-3B) were analyzed. Using cut-points for body mass index (BMI) and waist circumference (WC) recommended by the Working Group on Obesity in China, overweight and obesity were defined as BMIs of 24-27.9kg/m2 and ≥28.0kg/m2. Central obesity was defined as a waist circumference ≥80cm in women and ≥85cm in men. The 3B therapeutic goals were HbA1c<7.0%, BP<140/90mmHg and LDL-C<2.6mmol/L. Results Overall, 43.0% of type 2 diabetes patients were overweight and 16.7% were obese; 13.3% of overweight and and10.1% of obese patients achieved all the 3B target goals. Overweight or obese patients were less likely to achieve 3B goals than those with normal BMIs. More than a half the overweight or obese patients (69.6%) were centrally obese. Patients with abdominal obesity were less likely to achieve cardiometabolic targets than those without abdominal obesity. In multivariate logistic regression analysis, female, higher BMI and waist circumference, smoking, drinking, sedentary lifestyle, and longer diabetes duration were significantly correlated with failure to achieve 3B control goals. Conclusions Obesity is highly prevalent and associated with poor 3B control in Chinese type 2 diabetes patients. In clinical practice, more attention and resources should focus on weight loss for such patients.

Prevalence of Obesity and Its Influence on Achievement of Cardiometabolic Therapeutic Goals in Chinese Type 2 Diabetes Patients: An Analysis of the Nationwide, Cross-Sectional 3B Study 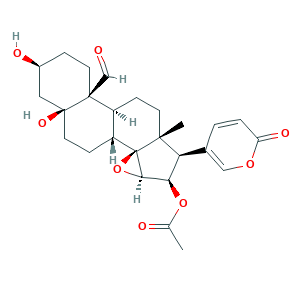 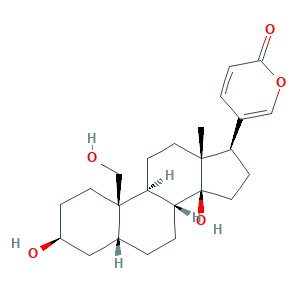 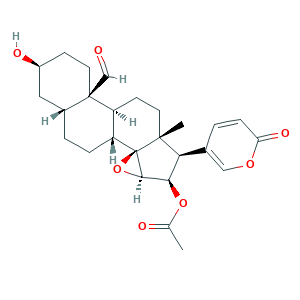 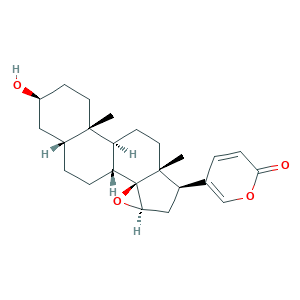 Recibufogenin Item Number: BF-R4004 Specification : For Reference Standard and R&D, Not for Human Use Directly.CAS: 465-39-4 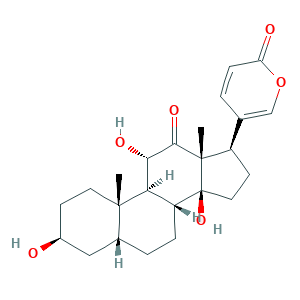 Arenobufagin Item Number: BF-A4003 Specification : For Reference Standard and R&D, Not for Human Use Directly.CAS: 464-74-4 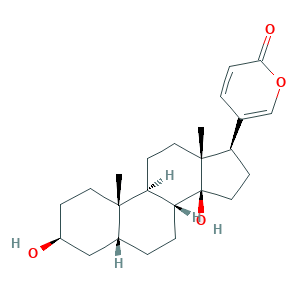 Bufalin Item Number: BF-B2017 Specification : For Reference Standard and R&D, Not for Human Use Directly.CAS: 465-21-4