Urokinase plasminogen activator (uPA) and PA inhibitor type 1 (PAI-1) are elevated in acute lung injury, which is characterized by a loss of endothelial barrier function and the development of pulmonary edema. Two-chain uPA and uPA-PAI-1 complexes (1-20 nm) increased the permeability of monolayers of human pulmonary microvascular endothelial cells (PMVECs) in vitro and lung permeability in vivo. The effects of uPA-PAI-1 were abrogated by the nitric-oxide synthase (NOS) inhibitor l-NAME (ND-nitro-l-arginine methyl ester). Two-chain uPA (1-20 nm) and uPA-PAI-1 induced phosphorylation of endothelial NOS-Ser1177 in PMVECs, which was followed by generation of NO and the nitrosylation and dissociation of β-catenin from VE-cadherin. uPA-induced phosphorylation of eNOS was decreased by anti-low density lipoprotein receptor-related protein-1 (LRP) antibody and an LRP antagonist, receptor-associated protein (RAP), and when binding to the uPA receptor was blocked by the isolated growth factor-like domain of uPA. uPA-induced phosphorylation of eNOS was also inhibited by the protein kinase A (PKA) inhibitor, myristoylated PKI, but was not dependent on PI3K-Akt signaling. LRP blockade and inhibition of PKA prevented uPA- and uPA-PAI-1-induced permeability of PMVEC monolayers in vitro and uPA-induced lung permeability in vivo. These studies identify a novel pathway involved in regulating PMVEC permeability and suggest the utility of uPA-based approaches that attenuate untoward permeability following acute lung injury while preserving its salutary effects on fibrinolysis and airway remodeling.

Tau misprocessing to form aggregates and other toxic species has emerged as a major feature in our developing understanding of the etiology and pathogenesis of Alzheimer’s Disease (AD). The significance of tau misprocessing in AD has been further emphasized by recent studies showing that tau can be secreted from neurons via exosomes and may itself be an important agent in the spreading of neurofibrillary lesions within the brain. Tau secretion occurs most readily under disease-associated conditions in cellular models, suggesting that cellular changes responsible for secretion, possibly including tau oligomerization, could play a key role in the propagation of neurofibrillary lesions in neurodegenerative disease. Here we show that overexpression of 4R0N human tau in neuroblastoma cells recruits mitochondrial and axonogenesis-associated proteins relevant to neurodegeneration into the exosomal secretion pathway via distinct mechanisms. The recruitment of mitochondrial proteins appears to be linked to autophagy disruption (exophagy) in multiple neurodegenerative conditions but but has few known direct links to AD and tau. By contrast, the involvement of synaptic plasticity and axonogenesis markers is highly specific to both tau and AD and may be relevant to the reactivation of developmental programs involving tau in AD and the recently demonstrated ability of secreted tau to establish tissue distribution gradients in CNS neuropil. We also found a highly significant correlation between genes that are significantly downregulated in multiple forms of AD and proteins that have been recruited to exosomes by tau, which we interpret as strong evidence for the central involvement of tau secretion in AD cytopathogenesis. Our results suggest that multiple cellular mechanisms may link tau secretion to both toxicity and and neurofibrillary lesion spreading in Alzheimer’s disease and other tauopathies.

Conversion of laparoscopic colorectal cancer resection has been associated with worse outcome, but this might have been related to a learning curve effect. This study aimed to evaluate incidence, predictive factors and outcomes of laparoscopic conversion after the implementation phase of laparoscopic surgery at a population level. Patients undergoing elective resection of non-locally advanced, non-metastatic colorectal cancer between 2011 and 2015 were included. Data were extracted from the Dutch Surgical Colorectal Audit. Patients were grouped as laparoscopic completed (LR), laparoscopic converted (CONV) with further specification of timing (within or after 30 min) as registered in the DSCA, and open resection (OR). Uni- and multi-variate analyses were used to determine predictors of conversion and outcome (complicated course and mortality), with evaluation of trends over time. A total of 23,044 patients with colon cancer and 11,324 with rectal cancer were included. Between 2011 and 2015, use of laparoscopy increased from 55 to 84% in colon cancer, and from 49 to 89% in rectal cancer. Conversion rates decreased from 11.8 to 8.6% and from 13 to 8.0%, respectively. Laparoscopic hospital volume was independently associated with conversion rate. Only for colon cancer, the rate of complicated course was significantly higher after CONV compared to OR (adjusted odds ratio 1.486; 95% CI 1.298-1.702), and significantly higher after late (> 30 min) compared to early conversion (adjusted odds ratio 1.341; 1.046-1.719). There was no impact of CONV on mortality in both colon and rectal cancer. The use of laparoscopic colorectal cancer surgery increased to more than 80% at a national level, accompanied by a decrease in conversion which is significantly related to the laparoscopic hospital volume. Conversion was only associated with complicated course in colon cancer, especially when the reason for conversion consisted of an intra-operative complication, without affecting mortality.

Laparoscopic conversion in colorectal cancer surgery; is there any improvement over time at a population level?

Phytoecdysteroids from the stem bark of Vitex doniana and their anti-inflammatory effects. PUMID/DOI：DOI: 10.1055/s-0032-1327880 Planta Med. 2013 Jan;79(1):52-9. With reference to the ethnopharmacological significance of Vitex doniana Sweet (Lamiaceae) leaves in the treatment of stomach and rheumatic pains as well as inflammatory disorders, biological studies on its stem bark extracts have also reported anti-inflammatory and analgesic activities, with no attempt to identify the active components. Chromatographic and spectroscopic procedures identified three new phytoecdysteroids: 21-hydroxyshidasterone (1), 11β-hydroxy-20-deoxyshidasterone (2), and 2,3-acetonide-24-hydroxyecdysone (3) from the stem bark methanol extracts along with known ecdysteroids shidasterone (4), ajugasterone C (5), 24-hydroxyecdysone (6), and 11β,24-hydroxyecdysone (7). The compounds (1-7) showed significant (p ≤ 0.05) inhibitory effect at 100 mg/kg dose on rat paw oedema development due to carrageenan-induced inflammation in Sprague Dawley rats. These results suggest a possible contribution of ecdysteroids to the anti-inflammatory effect of some V. doniana stem bark extracts. 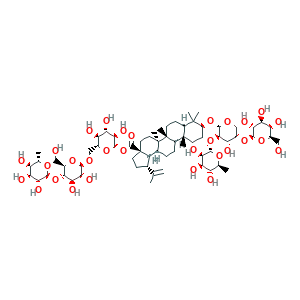 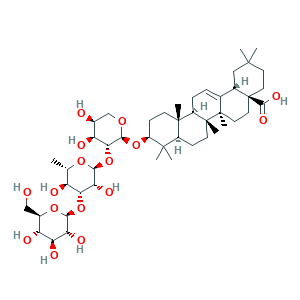 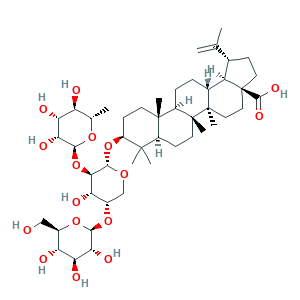 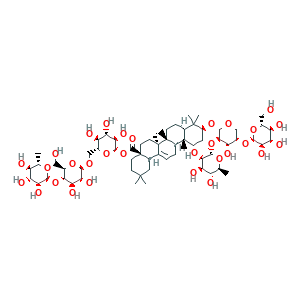 Hederacolchiside E Item Number: BN-O1306 Specification : For Reference Standard and R&D, Not for Human Use Directly.CAS: 33783-82-3 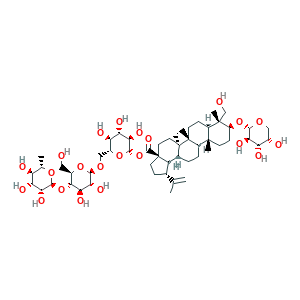 Pulchinenoside B Item Number: BN-O1288 Specification : For Reference Standard and R&D, Not for Human Use Directly.CAS: 135247-95-9 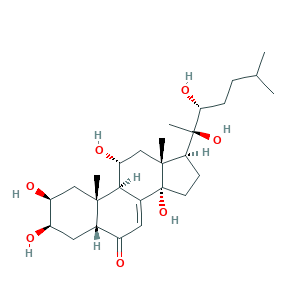 Ajugasterone C Item Number: BD-P0045 Specification : For Reference Standard and R&D, Not for Human Use Directly.CAS: 23044-80-6 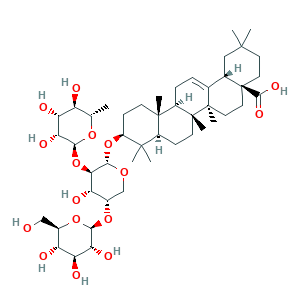 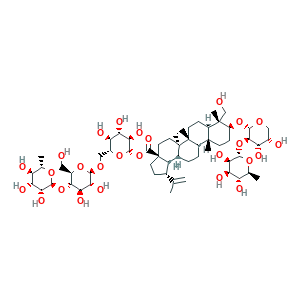 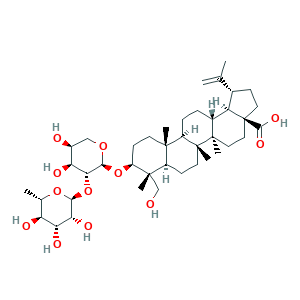