The plastid genomes of different plant species exhibit significant variation, thereby providing valuable markers for exploring evolutionary relationships and population genetics. Glycine soja (wild soybean) is recognized as the wild ancestor of cultivated soybean (G. max), representing a valuable genetic resource for soybean breeding programmes. In the present study, the complete plastid genome of G. soja was sequenced using Illumina paired-end sequencing and then compared it for the first time with previously reported plastid genome sequences from nine other Glycine species. The G. soja plastid genome was 152,224 bp in length and possessed a typical quadripartite structure, consisting of a pair of inverted repeats (IRa/IRb; 25,574 bp) separated by small (178,963 bp) and large (83,181 bp) single-copy regions, with a 51-kb inversion in the large single-copy region. The genome encoded 134 genes, including 87 protein-coding genes, eight ribosomal RNA genes, and 39 transfer RNA genes, and possessed 204 randomly distributed microsatellites, including 15 forward, 25 tandem, and 34 palindromic repeats. Whole-plastid genome comparisons revealed an overall high degree of sequence similarity between G. max and G. gracilis and some divergence in the intergenic spacers of other species. Greater numbers of indels and SNP substitutions were observed compared with G. cyrtoloba. The sequence of the accD gene from G. soja was highly divergent from those of the other species except for G. max and G. gracilis. Phylogenomic analyses of the complete plastid genomes and 76 shared genes yielded an identical topology and indicated that G. soja is closely related to G. max and G. gracilis. The complete G. soja genome sequenced in the present study is a valuable resource for investigating the population and evolutionary genetics of Glycine species and can be used to identify related species.

Background
Head trauma affects millions of Americans each year and has significant morbidity and economic costs to society. The objective of this study is to describe the epidemiology of head traumas presenting to emergency departments in the United States.

Methods
The National Electronic Injury Surveillance System-All Injury Program was queried to conduct a retrospective analysis of head traumas treated in U.S. emergency departments. 207,159 cases of nonfatal head trauma from January 1, 2007 to December 31, 2011 were included in this study.

Results
An estimated 10,746,629 (95 % confidence interval: 8,368,720-13,124,537) head traumas were treated in U.S. emergency departments (EDs) during the study period, averaging 2,149,326 cases annually. The annual injury rate per 10,000 population increased from 55.2 in 2007 to 85.4 in 2011, with the largest increases seen in children ≤11 years of age and in adults >65 years of age. Traffic-related head trauma accounted for an estimated 1,819,824 visits to U.S. EDs over the study period and was associated with a 1.74 times greater risk of a hospital admission compared to injuries due to non-traffic-related causes. Assaults (95.9 %) were the most common reason for head trauma in cases where injury intent was documented, and 16.9 % of assault-related head trauma occurred in children 0-17 years of age. When analyzed separately from other head traumas, concussions increased by 37.5 % over the study period, and nearly a third (29.9 %) of all concussions were sports-related.

Conclusions
The increase in the number and rate of head traumas treated in U.S. EDs warrants continued injury prevention efforts and improvements in injury nomenclature and surveillance.

Emergency department visits for head trauma in the United States

Despite the critical importance of protein ubiquitination in regulation of diverse cellular processes, the molecular mechanisms by which cells recognize and transmit ubiquitin signals remain poorly understood. The endosomal sorting machinery component hepatocyte growth factor regulated tyrosine kinase substrate (Hrs) contains an ubiquitin-interacting motif (UIM), which is believed to bind ubiquitinated membrane cargo proteins and mediate their sorting to the lysosomal degradation pathway. To gain insight into the role of Hrs UIM-mediated ubiquitin signaling in cells, we performed a proteomic screen for Hrs UIM-interacting ubiquitinated proteins in human brain by using an in vitro expression cloning (IVEC) screening approach. We have identified 48 ubiquitinated proteins that are specifically recognized by the UIM domain of Hrs. Among them, 12 are membrane proteins which are likely to be Hrs cargo proteins, and 4 are membrane protein-associated adaptor proteins whose ubiquitination may act as a signal to target their associated membrane cargo for Hrs-mediated endosomal sorting. Other classes of the identified proteins include components of the vesicular trafficking machinery, cell signaling molecules, proteins associated with the cytoskeleton and cytoskeleton-dependent transport, and enzymes involved in ubiquitination and metabolism, suggesting the involvement of Hrs UIM-mediated ubiquitin signaling in regulation of multiple cellular processes. We have characterized the ubiquitination of two identified proteins, Munc18-1 and Hsc70, and their interaction with Hrs UIM and provided functional evidence supporting a role for Hsc70 in regulation of Hrs-mediated endosome-to-lysosome trafficking. 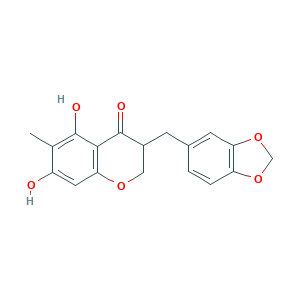 Ophiopogonanone A Item Number: BN-B0536 Specification : For Reference Standard and R&D, Not for Human Use Directly.CAS: 75239-63-3 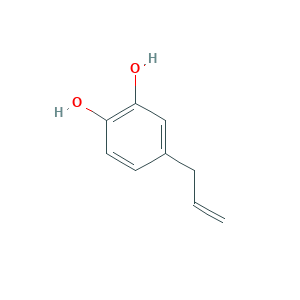 2-hydroxychavicol Item Number: BD-R0151 Specification : For Reference Standard and R&D, Not for Human Use Directly.CAS: 1126-61-0 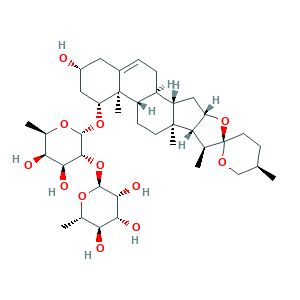 Ophiopogonin B Item Number: BD-H0120 Specification : For Reference Standard and R&D, Not for Human Use Directly.CAS: 38971-41-4 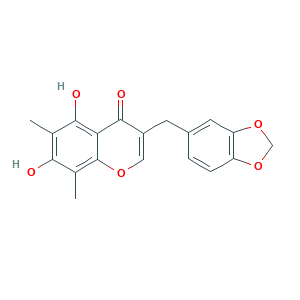 Methylophiopogonone A Item Number: BD-P0907 Specification : For Reference Standard and R&D, Not for Human Use Directly.CAS: 74805-90-6 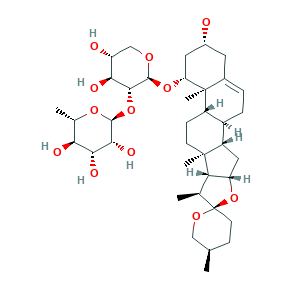 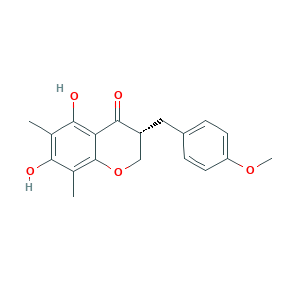 Methylophiopogonanone B Item Number: BD-P0072 Specification : For Reference Standard and R&D, Not for Human Use Directly.CAS: 74805-91-7 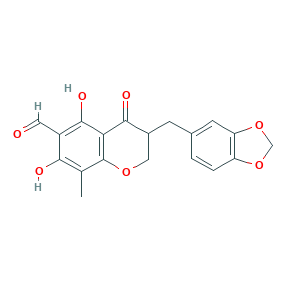 Aldehydoisoophiopogonanone A, 6- Item Number: BD-P0071 Specification : For Reference Standard and R&D, Not for Human Use Directly.CAS: 116291-82-8 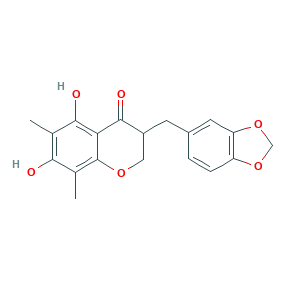 Methylophiopogonanone A Item Number: BF-M1006 Specification : For Reference Standard and R&D, Not for Human Use Directly.CAS: 74805-92-8 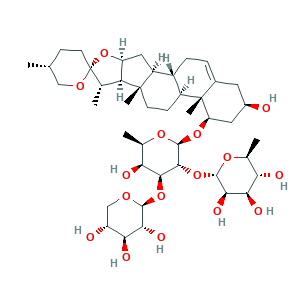