Aloin-A (also known as barbaloin), the main bioactive anthraquinone-C-glycoside of Aloe species, exhibits various beneficial pharmacological effects. However, the determination and pharmacokinetic study of aloin-A in rat plasma need to be improved and systematically demonstrated. In the present study, a simple, robust and sensitive ultra-high performance liquid chromatography-tandem mass spectrometry (UHPLC-MS/MS) method for rapid quantification of aloin-A in rat plasma was developed. Plasma preparation was conducted by a single step protein precipitation with obtusin serving as an internal standards (IS) followed by separation of the analytes using an Agilent C18 column with a gradient mobile phase comprised of acetonitrile and formic acid aqueous solution. Negative ion electrospray was used and multiple reaction monitoring transitions were m/z 417.1 → 297.0 for aloin-A and m/z 343.1 → 328.1 for IS, respectively. The developed method was validated with linear range of 1-1000 ng/mL. All validation parameters were well within the acceptance criteria based on the guidance of FDA. The validated approach was successfully applied to analyze samples from a pharmacokinetic study in healthy rats following intravenous and oral administration. Aloin-A was found to be quickly absorbed, extensively distributed and rapidly eliminated. The absolute bioavailability of aloin-A was 5.79%.

Introduction: Isolated bioactive components of plants or their raw extract are utilized as complementary or alternate remedy in copious illnesses. The current research was aimed at assessing the activity of aloin A isolated from Aloe barbadensis Miller and its formulated ointment against six (6) selected clinical isolates.
Methods: The column chromatography was utilized in isolating aloin A from chloroform/methanol solvent polarity. The characterization of the isolated compound was performed by spectroscopy techniques corresponding to UV, IR, 1H- and 13C-NMR spectroscopy. It was formulated as ointment using polyethylene glycol (PEG) and both the ointment and the isolated compound were probed for in vitro antimicrobial activity.
Results: Aloin A has been isolated from chloroform/methanol solvent mixture. The structure has been explicated as (10S)-10-β-d-glucopyranosyl-1,8-dihydroxy-3-(hydroxymethyl)-9(10H)-anthracenone(1S)-1,5-anhydro-1-[(9S)-4,5-dihydroxy-2-(hydroxymethyl)-10-oxo-9,10-dihydro-9-anthracenyl]-d-glucitol. The minimum inhibitory concentration (MIC) of the isolated aloin A on the pathogens ranged from 2.5 to 5.0 mg/ml and 0.32 to 5.0 mg/ml for both aloin A and the formulated ointment respectively. It was further revealed that the activity of aloin A showed dose dependence against all the test microorganisms. There was no significant difference in the activity of the drug against K. pneumoniae, S. aureus, E. coli, C. albicans and T. flavus (P > 0.05) when the concentration was raised from 2.5 to 5 mg/ml, however, there was significant difference (P ˂ 0.05) in activity against P. aeruginosa. The formulated ointment exhibited dose dependent activity against all test microorganisms. At low concentrations, the ointment showed no significant difference in diameter zone of inhibition against all test microorganisms (P > 0.05) except P. aeruginosa which exhibited a highly significant difference (P < 0.05).
Conclusion: Both the isolated aloin A and its formulated ointment demonstrated substantial inhibition of growth of the pathogenic strains. These findings sturdily suggest that aloin A is a nascent drug that could be explored as skin and wound transmittable agent.

A single-laboratory validation (SLV) was conducted on an HPLC method for the detection and quantification of aloin A and aloin B in Aloe vera raw materials and finished products. An extraction procedure using sonication with an acidified solvent was used for solid test materials while liquid test materials only required dilution, if necessary, prior to filtration and analysis. Separation was achieved using a fused core C18 column in 18 min under isocratic elution conditions allowing for a single analyte (aloin A) calibration curve to quantify both aloins. Adequate chromatographic resolution (Rs ≥ 1) was achieved for aloin A and aloin B. The calibration curves for aloin A exhibited coefficients of determination (r(2)) of ≥ 99.9% over the linear range of 0.3-50 μg/mL. The LOD values were 0.092 and 0.087 μg/mL, and LOQ 0.23 and 0.21 μg/mL for aloin A and aloin B, respectively. Repeatability studies were performed on nine test materials on each of 3 separate days, with five of the test materials determined to be above the LOQ having repeatability RSD (RSDr) values ranging from 0.61 to 6.30%. Method accuracy was determined through a spike recovery study on both liquid and solid matrixes at three different levels: low, medium, and high. For both aloins, the recovery in the liquid matrix ranged from 92.7 to 106.3% with an RSDr of 0.15 to 4.30%, while for the solid matrix, the recovery ranged from 84.4 to 108.9% with an RSDr of 0.23 to 3.84%. Based on the results of the SLV study, it is recommended that this method be evaluated for reproducibility through a collaborative study.

Determination of Aloin A and Aloin B in Aloe Vera Raw Materials and Finished Products by High-Performance Liquid Chromatography: Single-Laboratory Validation 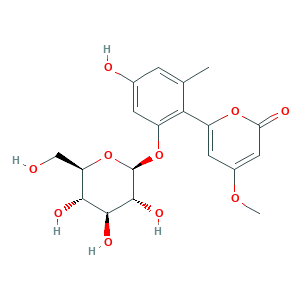 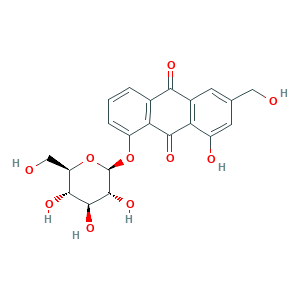 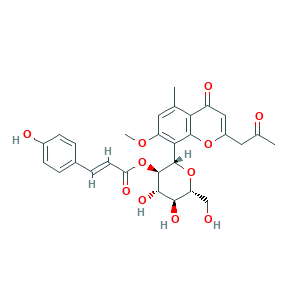 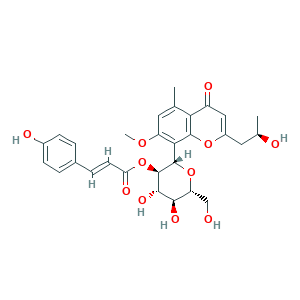 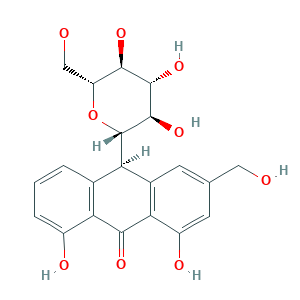