Plant volatiles not only have multiple defense functions against herbivores, fungi, and bacteria, but also have been implicated in signaling within the plant and toward other organisms. Elucidating the function of individual plant volatiles will require more knowledge of their biosynthesis and regulation in response to external stimuli. By exploiting the variation of herbivore-induced volatiles among 26 maize (Zea mays) inbred lines, we conducted a nested association mapping and genome-wide association study (GWAS) to identify a set of quantitative trait loci (QTLs) for investigating the pathways of volatile terpene production. The most significant identified QTL affects the emission of (E)-nerolidol, linalool, and the two homoterpenes (E)-3,8-dimethyl-1,4,7-nonatriene (DMNT) and (E,E)-4,8,12-trimethyltrideca-1,3,7,11-tetraene (TMTT). GWAS associated a single nucleotide polymorphism in the promoter of the gene encoding the terpene synthase TPS2 with this QTL. Biochemical characterization of TPS2 verified that this plastid-localized enzyme forms linalool, (E)-nerolidol, and (E,E)-geranyllinalool. The subsequent conversion of (E)-nerolidol into DMNT maps to a P450 monooxygenase, CYP92C5, which is capable of converting nerolidol into DMNT by oxidative degradation. A QTL influencing TMTT accumulation corresponds to a similar monooxygenase, CYP92C6, which is specific for the conversion of (E,E)-geranyllinalool to TMTT. The DMNT biosynthetic pathway and both monooxygenases are distinct from those previously characterized for DMNT and TMTT synthesis in Arabidopsis thaliana, suggesting independent evolution of these enzymatic activities.

Bay laurel (Laurus nobilis) is an agriculturally and economically important dioecious tree in the basal dicot family Lauraceae used in food and drugs and in the cosmetics industry. Bay leaves, with their abundant monoterpenes and sesquiterpenes, are used to impart flavor and aroma to food, and have also drawn attention in recent years because of their potential pharmaceutical applications. To identify terpene synthases (TPSs) involved in the production of these volatile terpenes, we performed RNA sequencing to profile the transcriptome of L. nobilis leaves. Bioinformatic analysis led to the identification of eight TPS complementary DNAs. We characterized the enzymes encoded by three of these complementary DNAs: a monoterpene synthase that belongs to the TPS-b clade catalyzes the formation of mostly 1,8-cineole; a sesquiterpene synthase belonging to the TPS-a clade catalyzes the formation of mainly cadinenes; and a diterpene synthase of the TPS-e/f clade catalyzes the formation of geranyllinalool. Comparison of the sequences of these three TPSs indicated that the TPS-a and TPS-b clades of the TPS gene family evolved early in the evolution of the angiosperm lineage, and that geranyllinalool synthase activity is the likely ancestral function in angiosperms of genes belonging to an ancient TPS-e/f subclade that diverged from the kaurene synthase gene lineages before the split of angiosperms and gymnosperms.

Identification, Functional Characterization, and Evolution of Terpene Synthases from a Basal Dicot1,[OPEN]

Background
The epsilon proteobacteria, which include many important human pathogens, are presently recognized solely on the basis of their branching in rRNA trees. No unique molecular or biochemical characteristics specific for this group are known.

Results
Comparative analyses of proteins in the genomes of Wolinella succinogenes DSM 1740 and Campylobacter jejuni RM1221 against all available sequences have identified a large number of proteins that are unique to various epsilon proteobacteria (Campylobacterales), but whose homologs are not detected in other organisms. Of these proteins, 49 are uniquely found in nearly all sequenced epsilon-proteobacteria (viz. Helicobacter pylori (26695 and J99), H. hepaticus, C. jejuni (NCTC 11168, RM1221, HB93-13, 84-25, CF93-6, 260.94, 11168 and 81-176), C. lari, C. coli, C. upsaliensis, C. fetus, W. succinogenes DSM 1740 and Thiomicrospira denitrificans ATCC 33889), 11 are unique for the Wolinella and Helicobacter species (i.e. Helicobacteraceae family) and many others are specific for either some or all of the species within the Campylobacter genus. The primary sequences of many of these proteins are highly conserved and provide novel resources for diagnostics and therapeutics. We also report four conserved indels (i.e. inserts or deletions) in widely distributed proteins (viz. B subunit of exinuclease ABC, phenylalanyl-tRNA synthetase, RNA polymerase β ‘-subunit and FtsH protein) that are specific for either all epsilon proteobacteria or different subgroups. In addition, a rare genetic event that caused fusion of the genes for the largest subunits of RNA polymerase (rpoB and rpoC) in Wolinella and Helicobacter is also described. The inter-relationships amongst Campylobacterales as deduced from these molecular signatures are in accordance with the phylogenetic trees based on the 16S rRNA and concatenated sequences for nine conserved proteins.

Conclusion
These molecular signatures provide novel tools for identifying and circumscribing species from the Campylobacterales order and its subgroups in molecular terms. Although sequence information for these signatures is presently limited to Campylobacterales species, it is likely that many of them will also be found in other epsilon proteobacteria. Functional studies on these proteins and conserved indels should reveal novel biochemical or physiological characteristics that are unique to these groups of epsilon proteobacteria. 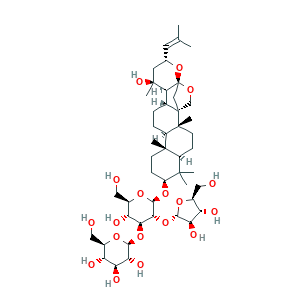 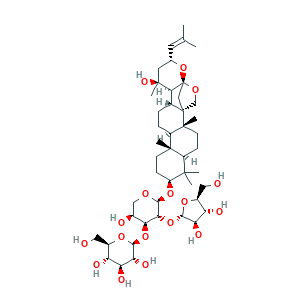 Bacopaside VII Item Number: BD-P0317 Specification : For Reference Standard and R&D, Not for Human Use Directly.CAS: 94443-88-6 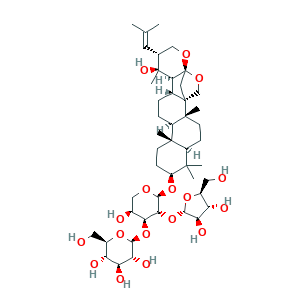 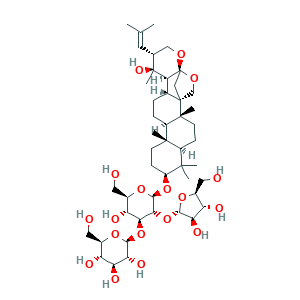