Background: Clinically, breast cancer is generally classified into estrogen receptor-positive (ER+) or estrogen receptor-negative (ER-) subtypes. The phytoestrogen calycosin has been shown to inhibit the proliferation of ER+ cells, which may be mediated by a feedback loop that involves miR-375, RAS dexamethasone-induced 1 (RASD1), and ERα. However, how calycosin acts on ER- breast cancer cells remains unclear.
Results: Here, we show that calycosin inhibited the proliferation of both ER- (MDA-MB-468 and SKBR3) and ER+ breast cancer cells (MCF-7 and T47D) and that these inhibitory effects were associated with the up-regulation of the long non-coding RNA (lncRNA) WDR7-7. For the first time, we demonstrate that the expression of WDR7-7 is reduced in breast cancer cell lines and that the overexpression of WDR7-7 inhibits growth through a mechanism that involves G-protein coupled estrogen receptor 30 (GPR30). Meanwhile, we show that calycosin stimulated the WDR7-7-GPR30 signaling pathway in MCF-7, T47D, MDA-MB-468, and SKBR3 breast cancer cells. In contrast, in MCF10A and GPR30-deficient MDA-MB-231 cells, due to a lack of WDR7-7-GPR30 for activation, calycosin failed to inhibit cell growth. Additionally, in all four GPR30-positive breast cancer lines, calycosin decreased the phosphorylation levels of SRC, EGFR, ERK1/2 and Akt, but the inhibition of WDR7-7 blocked these changes and increased proliferation. In mice bearing MCF-7 or SKBR3 xenografts, tumor growth was inhibited by calycosin, and changes in expression the levels of WDR7-7 and GPR30 in tumor tissues were similar to those in cultured MCF-7 and SKBR3 cells.
Conclusions: These results suggest the possibility that calycosin inhibited the proliferation of breast cancer cells, at least partially, through WDR7-7-GPR30 signaling, which may explain why calycosin can exert inhibitory effects on ER- breast cancer.

BACKGROUND Osteosarcoma is the most common primary bone malignancy and often presents at an early age. Calycosin is a phytoestrogen isoflavone, which has previously been reported to inhibit tumor cell growth. The aim of this study was to investigate the effects of calycosin on apoptosis of estrogen receptor (ER)-positive and ER-negative human osteosarcoma cell lines and tumor xenografts in mice. MATERIAL AND METHODS Cultured ER-positive MG-63 human osteosarcoma cells and ER-negative U2-OS human osteosarcoma cells were treated with increasing doses of calycosin (0, 25, 50, and 100 μm). Cell viability and apoptosis were studied by an MTT assay and flow cytometry. Western blot measured the expression levels of the apoptosis-related protein p-PI3K, p-Akt, and p-mTOR in MG-63 cells, with and without pretreatment with the PI3K inhibitor, LY294002, the AKT inhibitor, MK-2206, or the mTOR inhibitor, rapamycin. MG-63 tumor-bearing nude mice were used to evaluate the effects of treatment with calycosin. RESULTS Calycosin treatment inhibited proliferation and induced apoptosis in MG-63 cells, but had no effect on U2-0S cells. In MG-63 cells, calycosin treatment increased the expression of the PI3K/AKT/mTOR pathway proteins; inhibitor assays showed that expression of the PI3K protein was most strongly associated with the antitumor effects of calycosin. In the nude mouse MG-63 tumor xenografts, calycosin inhibited tumor growth and regulated the expression levels of apoptosis-related PI3K/AKT/mTOR pathway proteins. CONCLUSIONS The phytoestrogen, calycosin, induced apoptosis of cells of the ER-positive osteosarcoma cell line, MG-63, via the PI3K/AKT/mTOR pathway, with these effects being mainly due to PI3K.

The incidence of nasopharyngeal carcinoma (NPC) in China is relatively higher than that throughout the rest of the world, and NPC is geographically distributed. Long non-coding RNA (lncRNA) plays a key role in the development of tumors. Recent studies have found that the lncRNA Ewing sarcoma-associated transcript 1 (EWSAT1) is highly expressed in various tumors and also in NPCs. The isoflavone calycosin, which is a typical Chinese herbal medicine, can inhibit the growth of breast cancer, colorectal cancer, osteosarcoma and other cancers. The aim of our study was to select NPCs that were sensitive to calycosin and whether calycosin had an effect on NPC cells. If it does, are the effects related to a high expression of EWSAT1? We also verified that EWSAT1 was highly expressed in NPC cells. At the same time, we found that calycosin inhibited the growth of NPC cell lines. To further determine whether the effect of calycosin on NPC cells was related to EWSAT1, we used NPC cells with different concentrations of calycosin and found that the expression of EWSAT1 decreased significantly with increasing concentrations of calycosin and that the expression of downstream factors and pathways were also affected. It was demonstrated that calycosin affected NPC cell growth by regulating EWSAT1 and its downstream pathway. In addition, we overexpressed EWSAT1 and found that the increased expression of EWSAT1 weakened the growth inhibitory effect of calycosin on NPC cells.

Astragaloside III Item Number: BD-D1091 Specification : For Reference Standard and R&D, Not for Human Use Directly.CAS: 84687-42-3 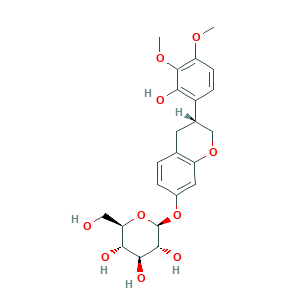 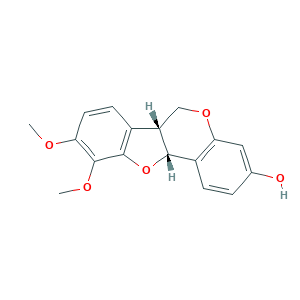 Methylnissolin Item Number: BD-P0843 Specification : For Reference Standard and R&D, Not for Human Use Directly.CAS: 73340-41-7 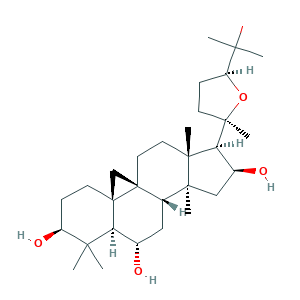 Cycloastragenol Item Number: BD-P0387 Specification : For Reference Standard and R&D, Not for Human Use Directly.CAS: 78574-94-4 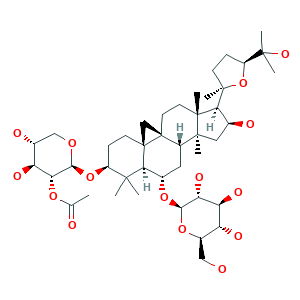 AstragalosideⅡ Item Number: BF-A3031 Specification : For Reference Standard and R&D, Not for Human Use Directly.CAS: 84676-89-1 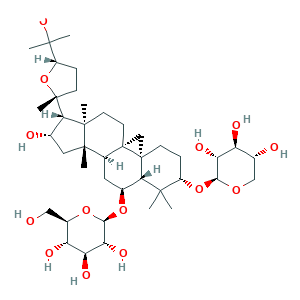 Astragaloside IV Item Number: BF-A3018 Specification : For Reference Standard and R&D, Not for Human Use Directly.CAS: 84687-43-4 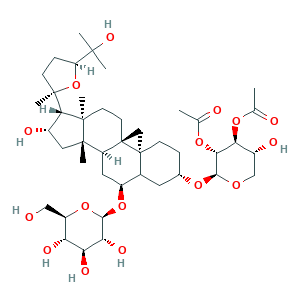 Astragaloside I Item Number: BF-A3010 Specification : For Reference Standard and R&D, Not for Human Use Directly.CAS: 84680-75-1 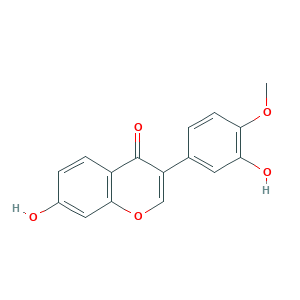 Ononin Item Number: BF-O1003 Specification : For Reference Standard and R&D, Not for Human Use Directly.CAS: 486-62-4