The in vivo incorporation of [4,5-3H]leucine and [2-3H]mannose into the lysine-Sepharose affinity chromatography-resolvable carbohydrate variants of rat and rabbit plasminogen has been studied in the absence and presence of tunicamycin (TM). When rabbits and rats were exposed to 0.5 mg of TM per kg of body weight for 30 min and 2 hr, respectively, followed by a single pulse of [4,5-3H]leucine for 2 hr, no radiolabel was found in rat or rabbit variant 1 plasminogen, whereas [4,5-3H]leucine was incorporated into variant 2 plasminogen. In similar experiments utilizing [2-3H]mannose in place of [4,5-3H]leucine, very little [2-3H]mannose was incorporated into either plasminogen variant in the presence of TM. The trichloroacetic acid-precipitable protein of rabbit plasma incorporated virtually identical quantities of [4,5-3H]leucine in the absence or presence of TM, under the above dosage regimens, while, at the same time, a large decrease in the incorporation of [2-3H]mannose was observed in the plasma proteins of rabbits treated with TM. This indicates that many of the plasma proteins may be secreted into plasma divested of asparagine-linked carbohydrate side chains. Further, we conclude that the functional difference (antifibrinolytic amino acid binding capacity) between the two plasma variants of plasminogen more than likely results from additional glycosylation of asparagine in variant 1 plasminogen that normally does not occur in variant 2 plasminogen.

Effect of tunicamycin on appearance of carbohydrate variants of plasminogen in rat and rabbit plasma.

Isolation and characterization of a novel reassortant between avian Ty-1 and simian RRV rotaviruses.

D A Kool, S M Matsui, H B Greenberg, and I H Holmes

We have used a combination of genetic and immunological techniques to explore how amino acid substitutions in the second conserved (C2) domain of gp120 from human immunodeficiency virus type 1 (HIV-1) affect the conformation of the protein. It was reported previously (R. L. Willey, E. K. Ross, A. J. Buckler-White, T. S. Theodore, and M. A. Martin. J. Viol. 63:3595-3600, 1989) that an asparagine-glutamine (N/Q) substitution at C2 residue 267 of HIV-1 NL4/3 reduced virus infectivity, but that infectivity was restored by a compensatory amino acid change (serine-glutamine; S/N) at residue 128 in the C1 domain. Here we show that the 267 N/Q substitution causes the abnormal exposure of a segment of C1 spanning residues 80 to 120, which compromises the integrity of the CD4-binding site. The reversion substitution at residue 128 restores the normal conformation of the C1 domain and recreates a high-affinity CD4-binding site. The gp120 structural perturbation caused by changes in C2 extends also to the C5 domain, and we show by immunological analysis that there is a close association between areas of the C1 and C5 domains. This association might be important for forming a complex binding site for gp41 (E. Helseth, U. Olshevsky, C. Furman, and J. Sodroski. J. Virol. 65:2119-2123, 1991). Segments of the C1 and C2 domains are predicted to form amphipathic alpha helices. We suggest that these helices might be packed together in the core of the folded gp120 molecule, that the 267 N/Q substitution disrupts this interdomain association, and that the 128 S/N reversion substitution restores it.

Immunological evidence for interactions between the first, second, and fifth conserved domains of the gp120 surface glycoprotein of human immunodeficiency virus type 1. 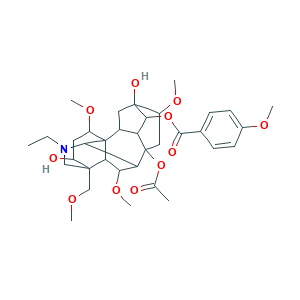 Yunaconitine Item Number: BD-D1214 Specification : For Reference Standard and R&D, Not for Human Use Directly.CAS: 70578-24-4 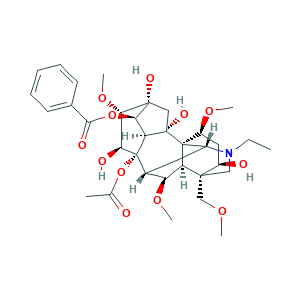 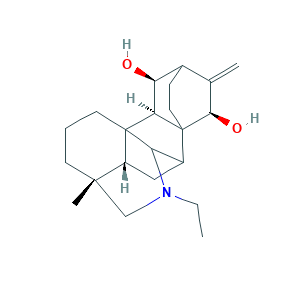 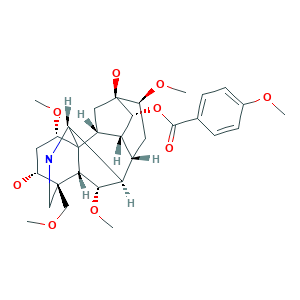 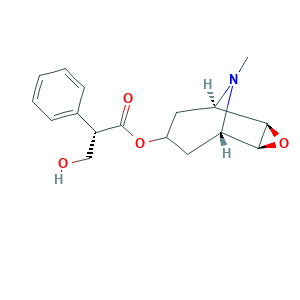 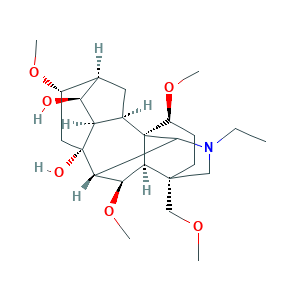 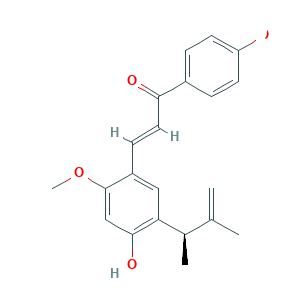 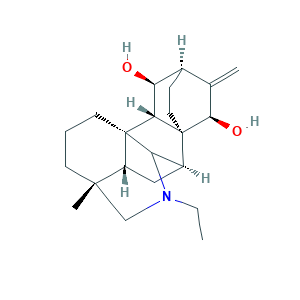 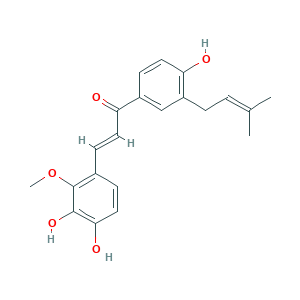