New Pd(II) complexes of 1,7-bis(2-methoxyphenyl)hepta-1,6-diene-3,5-dione were synthesized and structurally characterized. The complexes were tested in vitro on human colon and hepatic carcinoma cell lines, normal hepatic cells and hematopoietic progenitor cells. Biological tests proved that Pd(II) complexes 1 and 2 (containing a curcumin derivative) exhibit a strong in vitro antitumor effect against the cells derived from human colorectal carcinoma and the hepatic metastasis of a colorectal carcinoma. Complex 1 has an outstanding inhibitory effect against BRAF-mutant colon carcinoma and hepatocarcinoma cell growth; 1 and 2 are both more active than the free ligand and have the capacity to trigger early apoptotic processes. By flow cytometric measurements, an important decrease of prominin-1 (CD133) molecule expression on tumor cells membrane was identified in cell populations subjected to 1 and 2. Quantitative immune enzymatic assay proved restrictions in stem cell factor (SCF) release by treated tumor cells. Although less cytotoxic, the free ligand inhibits the surface marker CD133 expression in hepatocarcinoma cells, and in HT-29 colon carcinoma. The new synthesized Pd(II) complexes 1 and 2 exhibit an important potential through their selective cytotoxic activity and by targeting the stem-like tumor cell populations, which leads to the tumor growth arrest and prevention of metastasis.

The aromatic nucleophilic substitution reaction based synthesis of a three-armed cryptand displaying 2,4,6-triphenyl-1,3,5-triazine units as caps and pyridine rings in the bridges, along with NMR, MS and molecular modelling-based structural analysis of this compound are reported. Appropriate NMR and molecular modelling investigations proved the formation of 1:1 host-guest assemblies between the investigated cryptand and some polynuclear aromatic hydrocarbons or their derivatives.

A three-armed cryptand with triazine and pyridine units: synthesis, structure and complexation with polycyclic aromatic compounds

Introduction
The purpose of this study was to examine whether bisphosphonate use is associated with a lower risk of new fracture after a clinical fracture in older adults.

Methods
Data were available for 3,329,400 adults in Sweden who were aged ≥ 50 years between 2006 and 2011. During this period, 260,353 sustained a clinical fracture and were naïve to bisphosphonates at the time. Those who subsequently received a bisphosphonate were matched to up to three others on sex, year of birth, and type and year of initial fracture. The final cohort comprised 83,104 adults (26.3% bisphosphonate users).

Conclusions
There was a decrease in the relative risk of new fracture during bisphosphonate treatment, a trend that is consistent with a beneficial treatment effect, as bisphosphonates are prescribed to reduce high fracture risks.

Bisphosphonate use after clinical fracture and risk of new fracture 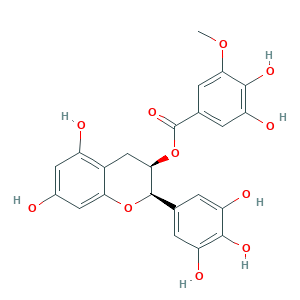 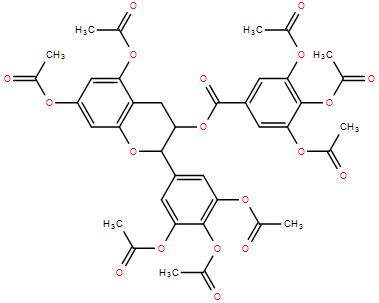 EGCG Octaacetate Item Number: BD-D0266 Specification : For Reference Standard and R&D, Not for Human Use Directly.CAS: 148707-39-5 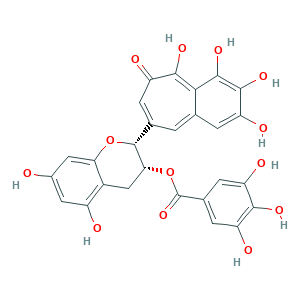 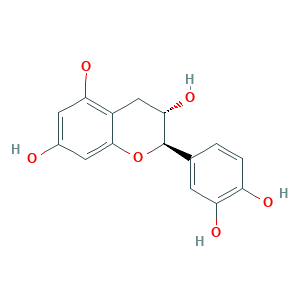 Cianidanol Item Number: BF-C3021 Specification : For Reference Standard and R&D, Not for Human Use Directly.CAS: 154-23-4