Rhizoma Gastrodiae (also known as Tian ma), the dried rhizome of Gastrodia elata Blume, is a famous Chinese herb that has been traditionally used for the treatment of headache, dizziness, spasm, epilepsy, stoke, amnesia and other disorders for centuries. Gastrodin, a phenolic glycoside, is the main bioactive constituent of Rhizoma Gastrodiae. Since identified in 1978, gastrodin has been extensively investigated on its pharmacological properties. In this article, we reviewed the central nervous system (CNS) effects of gastrodin in preclinical models of CNS disorders including epilepsy, Alzheimer’s disease, Parkinson’s disease, affective disorders, cerebral ischemia/reperfusion, cognitive impairment as well as the underlying mechanisms involved and, where possible, clinical data that support the pharmacological activities. The sources and pharmacokinetics of gastrodin were also reviewed here. As a result, gastrodin possesses a broad range of beneficial effects on the above-mentioned CNS diseases, and the mechanisms of actions include modulating neurotransmitters, antioxidative, anti-inflammatory, suppressing microglial activation, regulating mitochondrial cascades, up-regulating neurotrophins, etc. However, more detailed clinical trials are still in need for positioning it in the treatment of neurological disorders.

A Review on Central Nervous System Effects of Gastrodin.

Microglia activation and its mediated production of proinflammatory mediators play important roles in different neurodegenerative diseases; hence, modulation of microglia activation has been considered a potential therapeutic strategy to ameliorate neurodegeneration. This study was aimed to determine whether Gastrodin, a common herbal agent known to possess neuroprotective property, can attenuate production of proinflammatory mediators in activated microglia through the renin-angiotensin system (RAS) and Sirtuin3 (SIRT3). Expression of various members of the RAS including ACE, AT1, AT2, and SIRT3 in activated microglia was assessed by immunofluorescence and Western blot in hypoxic-ischemia brain damage (HIBD) in postnatal rats, and in BV-2 microglia in vitro challenged with lipopolysaccharide (LPS) with or without Gastrodin treatment. Expression of NOX-2, a subunit of NADPH oxidase, and proinflammatory mediators including iNOS and TNF-α, was also evaluated. The present results showed that expression of ACE, AT1, NOX-2, iNOS and TNF-α was markedly increased in activated microglia in the corpus callosum of HIBD rats, and in LPS stimulated BV-2 microglia. Remarkably, the expression was markedly attenuated following Gastrodin treatment. Conversely, Gastrodin enhanced AT2 and SIRT3 protein expression. In BV-2 microglia treated with Azilsartan, a specific inhibitor of AT1 (AT1I group), NOX-2 expression was decreased whereas that of SIRT3 in LPS + AT1I and LPS + Gastrodin group was increased when compared with the controls. In LPS + AT1I + Gastrodin group, SIRT3 expression was further augmented. More importantly, Gastrodin effectively reduced caspase 3 protein expression level in the HIBD rats coupled with a significant decrease in caspase 3 positive cells. We conclude that Gastrodin can exert its protective effects against the hypoxic-ischemia brain damage in the present experimental HIBD model. It is suggested that this is mainly through suppression of expression of RAS (except for AT2 and SIRT3) and proinflammatory mediators e.g. TNF-α in activated microglia.

This paper was aimed to investigate the effect of gastrodin( GAS) on hippocampal neurogenesis after cerebral was chemic and to explore its mechanism of action related to NO. The cerebral ischemia model of C57 BL/6 mice was established by bilateral common carotid artery occlusion. The pathological changes in hippocampal CA1 region and the cognitive function of mice were assessed by HE staining and Morris water maze test,respectively. The count of Brd U/Neu N positive cells in dentate gyrus was detected by immunofluorescence assay. The NOS activity and the NO content were determined by colorimetric and nitrate reduction methods,respectively.The level of c GMP was measured by ELISA kit,and the PKG protein expression was tested by Western blot. On postoperative day 8,the hippocampal CA1 pyramidal neurons of mice showed irregular structure,with obvious nuclear pyknosis,loose cell arrangement and obvious decrease in the number of neurons. On postoperative day 29,the spatial learning ability and memory were decreased. These results indicated cerebral ischemia in mice. Meanwhile,the Brd U/Neu N positive cells were increased significantly in ischemic mice,indicating that neurogenesis occurred in hippocampus after cerebral ischemia. Treatment with different doses of gastrodin( 50 and 100 mg·kg-1) significantly ameliorated the pathological damages in the CA1 region,improved the ability of learning and memory,and promoted hippocampal neurogenesis. At the same time,both the NOS activity and the NO concentration were decreased in model group,but the c GMP level was increased,and the PKG protein expression was up-regulated. Gastrodin administration activated the NOS activity,promoted NO production,further increased c GMP level and up-regulated PKG protein expression. These results suggested that gastrodin can promote hippocampal neurogenesis after cerebral ischemia and improve cognitive function in mice,which may be related to the activation of NO-cGMP-PKG signaling pathway. 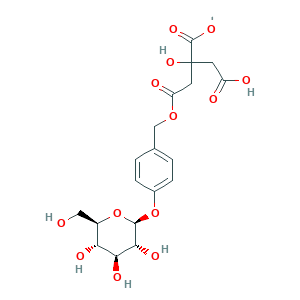 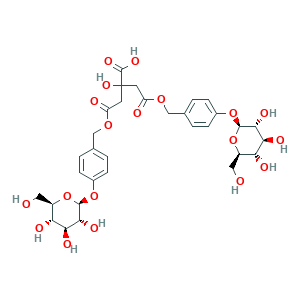 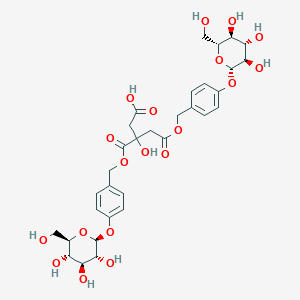 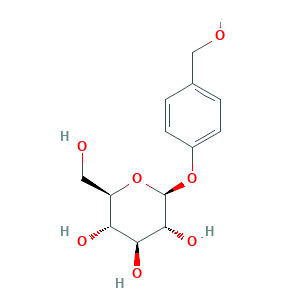