A novel, fast, and simple capillary electrophoresis method has been developed for the analysis of gentisin, isogentisin, and amarogentin in roots of Gentiana lutea (yellow gentian), an herb traditionally used as gastric stimulant. Gentisin and isogentisin are xanthones showing potent inhibition of monoamine oxidase type A and B, amarogentin represents one of the bitter principles of Gentiana, responsible for its gastric-roborant effects. Optimal CE-separation conditions comprise a 100 mM sodium tetraborate buffer of pH 9.3, containing 10 mM beta-cyclodextrin as additive; optimum temperature and applied voltage were found to be 30 degrees C and 25 kV, respectively. Direct diode array detection at 260 nm (gentisin, isogentisin) and 242 nm (amarogentin) was performed, and the required analysis time was only 11 min. The developed method was validated for linearity, sensitivity, precision, and accuracy, and utilized to assay several commercially available G. lutea samples. Quantitative data obtained with the developed CE method are compared with HPLC results, and the advantages of each approach are discussed.

The mutagenic activities of 2 hydroxyxanthones, gentisin and isogentisin, obtained from the methanol extract of Gentianae radix (Gentianaceae) were investigated. The methanol extract of Gentianae radix, which showed mutagenicity in the Ames test in Salmonella typhimurium strain TA100 with S9 mix, was fractionated by column chromatography on Sephadex LH-20, and the fractions were purified by preparative TLC and column chromatography on polyamide. 2 mutagenic materials thus obtained, S1 and S2, each gave a single band on TLC. Identification of S1 and S2 was accomplished by comparing the analytical (mps, elementary analyses) and spectral (UV, IR, mass, NMR) results for S1 and S2 with literature data for gentisin and isogentisin. At doses below 10 micrograms, S1 (gentisin) and S2 (isogentisin) had similar specific mutagenic activities. At doses of over 10 to 50 micrograms, the mutagenic activities of S2 and S1 were 19.1 and 6.94 revertants per microgram respectively. This much lower activity of S1 than S2 may be a result of its poor solubility owing to the presence of the OMe group at C-3. The combined yield of S1 and S2 was about 76 mg (40 mg as S1 and 36 mg as S2), which accounted for 76% of the content of mutagenic compounds (100 mg) estimated roughly from the total mutagenic activity in the extract of the starting materials (100 g).

Aberrant proliferation of vascular smooth muscle cells (VSMC) plays a major role in restenosis, the pathological renarrowing of the blood vessel lumen after surgical treatment of stenosis. Since available anti-proliferative pharmaceuticals produce unfavorable side effects, there is high demand for the identification of novel VSMC proliferation inhibitors. A natural product screening approach using a resazurin conversion assay enabled the identification of gentisin (1) from Gentiana lutea as a novel inhibitor of VSMC proliferation with an IC50 value of 7.84 µM. Aiming to identify further anti-proliferative compounds, 13 additional nonprenylated xanthones, isolated from different plant species, were also tested. While some compounds showed no or moderate activity at 30 µM, 1-hydroxy-2,3,4,5-tetramethoxyxanthone (4), swerchirin (6), and methylswertianin (7) showed IC50 values between 10.2 and 12.5 µM. The anti-proliferative effect of 1, 4, 6, and 7 was confirmed by the quantification of DNA synthesis (BrdU incorporation) in VSMC. Cell death quantification (determined by LDH release in the culture medium) revealed that the compounds are not cytotoxic in the investigated concentration range. In conclusion, nonprenylated xanthones are identified as novel, non-toxic VSMC proliferation inhibitors, which might contribute to the development of new therapeutic applications to combat restenosis. 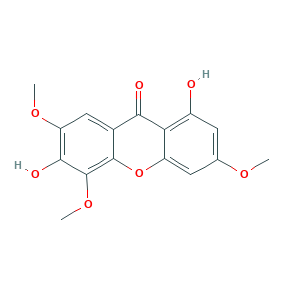 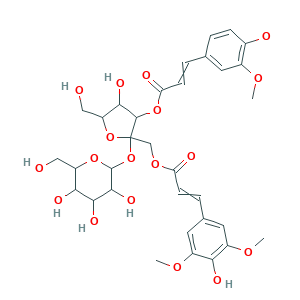 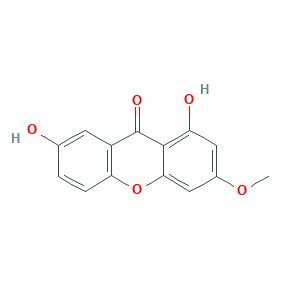 Gentisin Item Number: BD-D0629 Specification : For Reference Standard and R&D, Not for Human Use Directly.CAS: 437-50-3 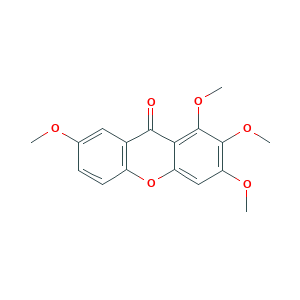 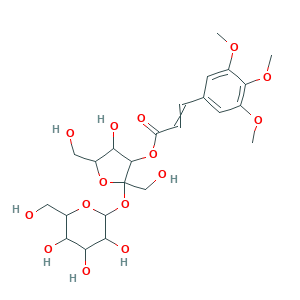 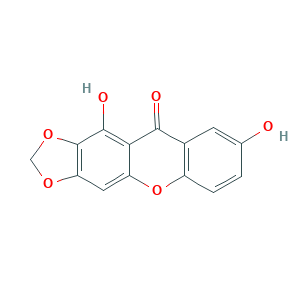 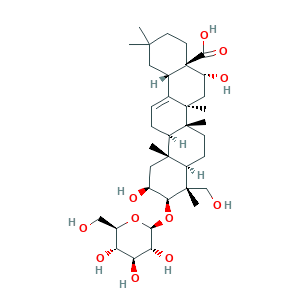 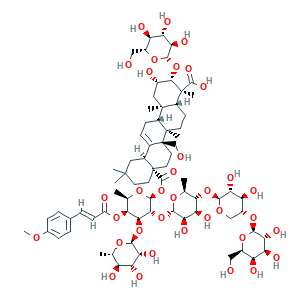 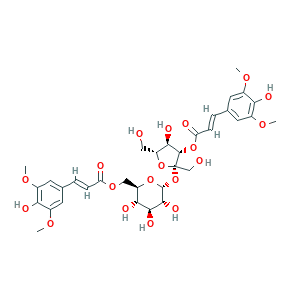