The biotransformation of huperzine B (hupB), one of the characteristic bioactive constituents of the medicinal plant Huperzia serrata, by a fungal endophyte of the host plant was studied. One new compound, 8α,15α-epoxyhuperzine B (1), along with two known oxygenated hupB analogs, 16-hydroxyhuperzine B (2) and carinatumin B (3), was isolated and identified. The structures of all the isolates were deduced by spectroscopic methods including NMR, MS, IR, and UV spectra. The known compounds 2 and 3 were obtained from a microbial source for the first time. To the best of our knowledge, it is the first report on the microbial transformation of hupB and would facilitate further structural modification of hupB by chemo-enzymatic method. In the LPS-induced neuro-inflammation injury assay, 8α,15α-epoxyhuperzine B (1) exhibited moderate neuroprotective activity by increasing the viability of U251 cell lines with an EC50 of 40.1 nm.

Biotransformation of Huperzine B by a Fungal Endophyte of Huperzia serrata.

Lycopodii Herba is a widely used traditional medicinal herb, and contains diverse fascinating alkaloids. In this study, a fast and sensitive LC-MS/MS method for the simultaneous determination of lycodoline, α-obscurine, and N-demethyl-α-obscurine from Lycopodii Herba in rat plasma and brain tissue was developed and validated. Biological samples were extracted via a protein precipitation procedure using methanol as the extraction solvent and Huperzine B as the internal standard. Chromatographic separation was carried out using a Thermo Syncronis-C18 column (50 mm × 2.1 mm, 5 μm) and a gradient mobile phase containing methanol and water with 0.05% formic acid. The three alkaloids were detected by positive electrospray ionization in selective reaction monitoring mode. The selectivity, crosstalk, carryover effect, linearity, accuracy, precision, extraction recovery, matrix effect, and stability of the current method were validated. Then, using the validated method, the plasma pharmacokinetics and brain tissue distribution of the alkaloids in rats were investigated after intragastrical administration of Lycopodii Herba extract. The three alkaloids were shown to be rapidly absorbed into the blood (Tmax, 0.79-1.58 h), and then also eliminated rapidly (t1/2, 1.27-2.24 h). All of them could pass through the blood-brain barrier. The method provides a new research approach to expand preclinical studies of Lycopodii Herba.

Pharmacokinetic Studies of Three Alkaloids in Rats After Intragastrical Administration of Lycopodii Herba Extract by LC-MS/MS.

The alkaloids huperzine A and huperzine B were originally isolated from the Chinese club moss Huperzia serrata. They are known inhibitors of acetylcholinesterase, and especially huperzine A shows pharmaceutical potential for the treatment of Alzheimer’s disease. Its supply heavily relies on natural plant sources belonging to the genus Huperzia, which shows considerable interspecific huperzine A variations. Furthermore, taxonomic controversy remains in this genus, particularly in the Huperzia selago group. With focus on Icelandic H. selago taxa, we aimed to explore the relatedness of Huperzia species using multi-locus phylogenetic analysis, and to investigate correlations between huperzine A contents, morphotypes, and genotypes. Phylogenetic analysis was performed with five chloroplastic loci (the intergenic spacer between the photosystem II protein D1 gene and the tRNA-His gene, maturase K, ribulose-1,5-bisphosphate carboxylase/oxygenase large subunit, tRNA-Leu, and the intergenic spacer region between tRNA-Leu and tRNA-Phe). Huperzine A and huperzine B contents were determined using an HPLC-UV method. The phylogenetic analysis suggests that previously proposed Huperzia appressa and Huperzia arctica should not be considered species, but rather subspecies of H. selago. Three genotypes of Icelandic H. selago were identified and presented in a haplotype networking diagram. A significantly (p < 0.05) higher amount of huperzine A was found in H. selago genotype 3 (264 - 679 µg/g) than genotype 1 (20 - 180 µg/g), where the former shows a typical green and reflexed "selago" morphotype. The huperzine A content in genotype 3 is comparable to Chinese H. serrata and a good alternative huperzine A source. Genotype 2 contains multiple morphotypes with a broad huperzine A content (113 - 599 µg/g). The content of huperzine B in Icelandic taxa (6 - 13 µg/g) is much lower than that in Chinese H. serrata (79 - 207 µg/g). Georg Thieme Verlag KG Stuttgart · New York.

Infraspecific Variation of Huperzine A and B in Icelandic Huperzia selago Complex. 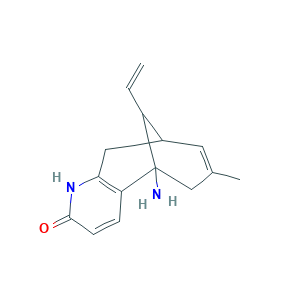 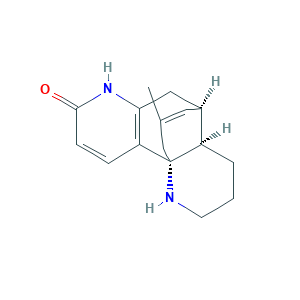 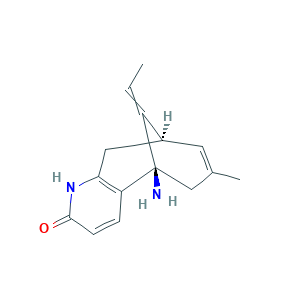