Ice deposited in Greenland and Antarctica entraps viable and nonviable microbes, as well as biomolecules, that become temporal atmospheric records. Five sections (estimated to be 500, 10,500, 57,000, 105,000 and 157,000 years before present, ybp) from the GISP2D (Greenland) ice core, three sections (500, 30,000 and 70,000 ybp) from the Byrd ice core, and four sections from the Vostok 5G (Antarctica) ice core (10,500, 57,000, 105,000 and 105,000 ybp) were studied by scanning electron microscopy, cultivation and rRNA gene sequencing. Bacterial and fungal isolates were recovered from 10 of the 12 sections. The highest numbers of isolates were found in ice core sections that were deposited during times of low atmospheric CO2, low global temperatures and low levels of atmospheric dust. Two of the sections (GISP2D at 10,500 and 157,000 ybp) also were examined using metagenomic/metatranscriptomic methods. These results indicated that sequences from microbes common to arid and saline soils were deposited in the ice during a time of low temperature, low atmospheric CO2 and high dust levels. Members of Firmicutes and Cyanobacteria were the most prevalent bacteria, while Rhodotorula species were the most common eukaryotic representatives. Isolates of Bacillus, Rhodotorula, Alternaria and members of the Davidiellaceae were isolated from both Greenland and Antarctica sections of the same age, although the sequences differed between the two polar regions.

Lake Vostok is the largest of the nearly 400 subglacial Antarctic lakes and has been continuously buried by glacial ice for 15 million years. Extreme cold, heat (from possible hydrothermal activity), pressure (from the overriding glacier) and dissolved oxygen (delivered by melting meteoric ice), in addition to limited nutrients and complete darkness, combine to produce one of the most extreme environments on Earth. Metagenomic/metatranscriptomic analyses of ice that accreted over a shallow embayment and over the southern main lake basin indicate the presence of thousands of species of organisms (94% Bacteria, 6% Eukarya, and two Archaea). The predominant bacterial sequences were closest to those from species of Firmicutes, Proteobacteria and Actinobacteria, while the predominant eukaryotic sequences were most similar to those from species of ascomycetous and basidiomycetous Fungi. Based on the sequence data, the lake appears to contain a mixture of autotrophs and heterotrophs capable of performing nitrogen fixation, nitrogen cycling, carbon fixation and nutrient recycling. Sequences closest to those of psychrophiles and thermophiles indicate a cold lake with possible hydrothermal activity. Sequences most similar to those from marine and aquatic species suggest the presence of marine and freshwater regions.

Ecology of Subglacial Lake Vostok (Antarctica), Based on Metagenomic/Metatranscriptomic Analyses of Accretion Ice

The mitochondrial adenine nucleotide carrier (Ancp) catalyzes the transport of ADP and ATP across the mitochondrial inner membrane, thus playing an essential role in cellular energy metabolism. During the transport mechanism the carrier switches between two different conformations that can be blocked by two toxins: carboxyatractyloside (CATR) and bongkrekic acid. Therefore, our understanding of the nucleotide transport mechanism can be improved by analyzing structural differences of the individual inhibited states. We have solved the three-dimensional structure of bovine carrier isoform 1 (bAnc1p) in a complex with CATR, but the structure of the carrier-bongkrekic acid complex, and thus, the detailed mechanism of transport remains unknown. Improvements in sample processing in the hydrogen/deuterium exchange technique coupled to mass spectrometry (HDX-MS) have allowed us to gain novel insights into the conformational changes undergone by bAnc1p. This paper describes the first study of bAnc1p using HDX-MS. Results obtained with the CATR-bAnc1p complex were fully in agreement with published results, thus, validating our approach. On the other hand, the HDX kinetics of the two complexes displays marked differences. The bongkrekic acid-bAnc1p complex exhibits greater accessibility to the solvent on the matrix side, whereas the CATR-bAnc1p complex is more accessible on the intermembrane side. These results are discussed with respect to the structural and biochemical data available on Ancp.

Kurarinone regulates immune responses through regulation of the JAK/STAT and TCR-mediated signaling pathways. PUMID/DOI：23333426 Biochem. Pharmacol., 2013, 85(8):1134-44 Sophora flavescens is a medicinal herb that contains flavonoids and quinolizidine alkaloids and has a wide range of biological activities due to its anti-inflammatory, anti-bacterial and anti-cancer properties. We isolated a series of flavonoids from the roots of Sophora flavescens and examined their ability to inhibit immune responses. Among the flavonoids, Kurarinone exhibited the strongest inhibitory effect on immune responses. Kurarinone suppressed the differentiation of CD4(+) T cells by inhibiting the expression and production of T-cell lineage-specific master regulators and cytokines. Our results also demonstrated that Kurarinone directly suppressed the cytokine-induced Janus kinase/signal transducer and activator of transcription (JAK/STAT) signaling and T-cell receptor (TCR) pathways. In two established animal models of chronic inflammatory skin disease, one in which psoriasis-like skin disease was induced by an interleukin 23 (IL-23) injection into mouse ears and another in which 2,4,6-trinitrochlorobenzene (TNCB) application on the abdomens of mice was used to induce contact dermatitis, Kurarinone repressed disease development by inhibiting the expression of pro-inflammatory mediators, including cytokines, chemokines and enzyme in murine ear skin. This study provides new evidence that Kurarinone may ameliorate chronic inflammatory skin diseases through the suppression of pathogenic CD4(+) T-cell differentiation and the overall immune response. Kurarinone promotes TRAIL-induced apoptosis by inhibiting NF-κB-dependent cFLIP expression in HeLa cells. PUMID/DOI：22932446 Exp. Mol. Med., 2012, 44(11): 653-64. This study was designed to investigate the effects of the prenylated flavonoid Kurarinone on TNF-related apoptosis inducing ligand (TRAIL)-induced apoptosis and its underlying mechanism. A low dose of Kurarinone had no significant effect on apoptosis, but this compound markedly promoted tumor cell death through elevation of Bid cleavage, cytochrome c release release and caspase activation in HeLa cells treated with TRAIL. Caspase inhibitors inhibited Kurarinone-mediated cell death, which indicates that the cytotoxic effect of this compound is mediated by caspase-dependent apoptosis. The cytotoxic effect of Kurarinone was not associated with expression levels of Bcl-2 and IAP family proteins, such as Bcl-2, Bcl-xL, Bid, Bad, Bax, XIAP, cIAP-1 and cIAP-2. In addition, this compound did not regulate the death-inducing receptors DR4 and DR5. On the other hand, Kurarinone significantly inhibited TRAIL-induced IKK activation, IκB degradation and nuclear translocation of NF-κB, as well as effectively suppressed cellular FLICE-inhibitory protein long form (cFLIPL) expression. The synergistic effects of Kurarinone on TRAIL-induced apoptosis were mimicked when Kurarinone was replaced by the NF-κB inhibitor withaferin A or following siRNA-mediated knockdown of cFLIPL. Moreover, cFLIP overexpression effectively antagonized Kurarinone-mediated TRAIL sensitization. These data suggest that Kurarinone sensitizes TRAIL-induced tumor cell apoptosis via suppression of NF-κB-dependent cFLIP expression, indicating that this compound can be used as an anti-tumor agent in combination with TRAIL. 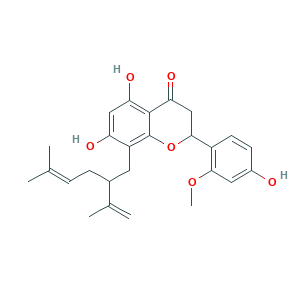 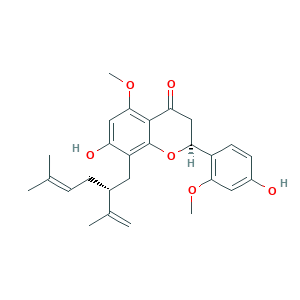 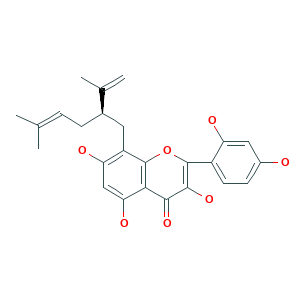 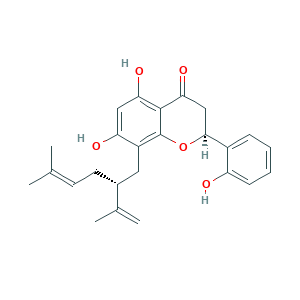 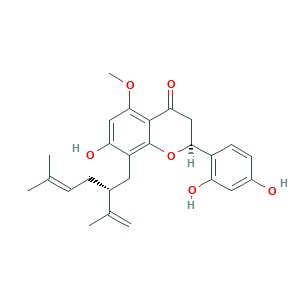 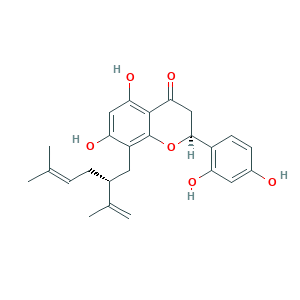 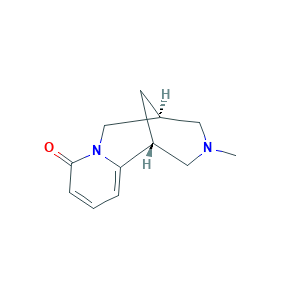 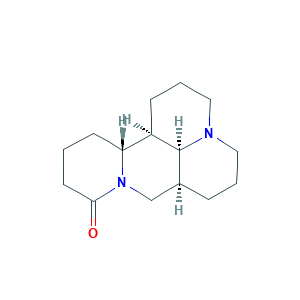 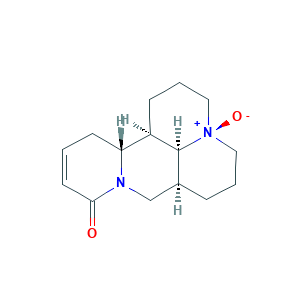 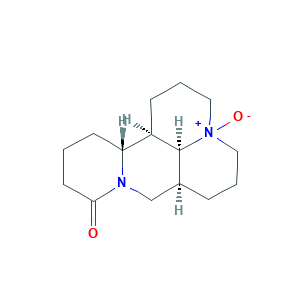