Epimagnolin A is a lignan obtained from the flower buds of Magnolia fargesii, which is traditionally used in Asian medicine for treating headache and nasal congestion. A herbal compound fargesin obtained from M. fargesii, has exerted anti-inflammatory effects in human monocytic THP-1 cells in the previous study. The anti-inflammatory effects of epimagnolin A, however, have been not elucidated yet. In this study, it was demonstrated that epimagnolin A reduced phorbol-12-myristate-13-acetate (PMA)-induced IL-6 promoter activity and IL-6 production in human monocytic THP-1 cells. Furthermore, it was investigated the modulating effects of epimagnolin A on mitogen-activated protein kinase, nuclear factor-kappa B (NF-κB), and activator protein 1 (AP-1) activities. Phosphorylation of p38 and nuclear translocation of p50 and c-Jun were down-regulated by epimagnolin A in the PMA-stimulated THP-1 cell. The results revealed that epimagnolin A attenuated the binding affinity of NF-κB and AP-1 transcription factors to IL-6 promoter and IL-6 production through p38/NF-kB and AP-1 signaling pathways in the PMA-stimulated THP-1 cells. These results suggest that epimagnolin A can be a useful drug for the treatment of inflammatory diseases.

Mammalian target of rapamycin (mTOR) has a pivotal role in carcinogenesis and cancer cell proliferation in diverse human cancers. In this study, we observed that epimagnolin, a natural compound abundantly found in Shin-Yi, suppressed cell proliferation by inhibition of epidermal growth factor (EGF)-induced G1/S cell-cycle phase transition in JB6 Cl41 cells. Interestingly, epimagnolin suppressed EGF-induced Akt phosphorylation strongly at Ser473 and weakly at Thr308 without alteration of phosphorylation of MAPK/ERK kinases (MEKs), extracellular signal-regulated kinase (ERKs), and RSK1, resulting in abrogation of the phosphorylation of GSK3β at Ser9 and p70S6K at Thr389. Moreover, we found that epimagnolin suppressed c-Jun phosphorylation at Ser63/73, resulting in the inhibition of activator protein 1 (AP-1) transactivation activity. Computational docking indicated that epimagnolin targeted an active pocket of the mTOR kinase domain by forming three hydrogen bonds and three hydrophobic interactions. The prediction was confirmed by using in vitro kinase and adenosine triphosphate-bead competition assays. The inhibition of mTOR kinase activity resulted in the suppression of anchorage-independent cell transformation. Importantly, epimagnolin efficiently suppressed cell proliferation and anchorage-independent colony growth of H1650 rather than H460 lung cancer cells with dependency of total and phosphorylated protein levels of mTOR and Akt. Inhibitory signaling of epimagnolin on cell proliferation of lung cancer cells was observed mainly in mTOR-Akt-p70S6K and mTOR-Akt-GSK3β-AP-1, which was similar to that shown in JB6 Cl41 cells. Taken together, our results indicate that epimagnolin potentiates as chemopreventive or therapeutic agents by direct active pocket targeting of mTOR kinase, resulting in sensitizing cancer cells harboring enhanced phosphorylation of the mTORC2-Akt-p70S6k signaling pathway.

BACKGROUND:
Epimagnolin A is an ingredient of the Chinese crude drug Shin-i, derived from the dried flower buds of Magnolia fargesii and Magnolia flos, which has been traditionally used for the treatment of allergic rhinitis and nasal congestion, empyema, and sinusitis. The pharmacokinetic activity of epimagnolin A remains to be evaluated.

PURPOSE:
In this study, we examined the possible interactions of epimagnolin A with human ATP-binding cassette (ABC) transporter ABCB1, a membrane protein vital in regulating the pharmacokinetics of drugs and xenobiotics.

STUDY DESIGN/METHODS:
The interaction of epimagnolin A with ABCB1 was evaluated in calcein, ATPase, and MTT assays by using Flp-In-293/ABCB1 cells and purified ABCB1 and simulated in molecular docking studies.

RESULTS:
Epimagnolin A inhibited calcein export by Flp-In-293/ABCB1 cells in a concentration-dependent manner in a calcein assay. ATPase assay revealed a concentration-dependent stimulation of the ATPase activity of ABCB1 by epimagnolin A. Epimagnolin A also showed saturation kinetics in the relationship between the compound-stimulated ATPase activity and the compound concentration, suggesting Michaelis-Menten kinetics similar to those of the control drug, verapamil. Km and Vmax values were calculated from Hanes-Woolf plots of (compound concentration) × (compound-stimulated ATPase activity)-1 vs. (compound concentration); the Km of epimagnolin and verapamil was 42.9 ± 7.53  μM and 12.3 ± 4.79  μM, respectively, and the corresponding Vmax values were 156 ± 15.0  μM and 109 ± 3.18  μM. Molecular docking studies on human ABCB1 showed that epimagnolin A docked to the same binding pocket as verapamil, and 3-(4,5-dimethyl-2-thiazol-2-yl)-2,5-diphenyl-2H-tetrazolium bromide (MTT) assays showed that the sensitivities of Flp-In-293/ABCB1 cells against anti-cancer drugs were enhanced upon exposure to 10  μM epimagnolin A.

CONCLUSION:
These results strongly suggest that epimagnolin A affects the transport activity of ABCB1 as a substrate.

Magnolin, a major component of Magnolia flos (Shin-Yi), inhibits the Ras/ERKs/RSK2 signaling axis by targeting the active pocket of ERK1 and ERK2 with IC50s of 87 nM and 16.5 nM, respectively. 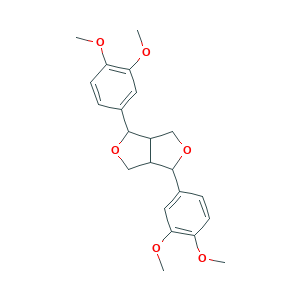 Eudesmin Item Number: BD-D0736 Specification : For Reference Standard and R&D, Not for Human Use Directly.CAS: 526-06-7 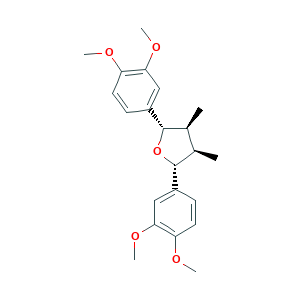 Galgravin Item Number: BD-D0738 Specification : For Reference Standard and R&D, Not for Human Use Directly.CAS: 528-63-2 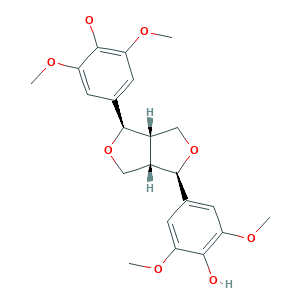 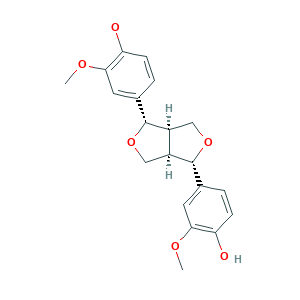 Pinoresinol Item Number: BF-P4004 Specification : For Reference Standard and R&D, Not for Human Use Directly.CAS: 487-36-5 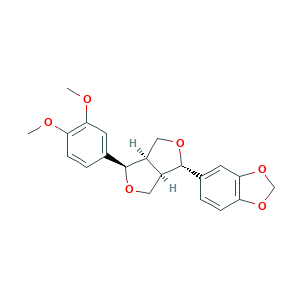 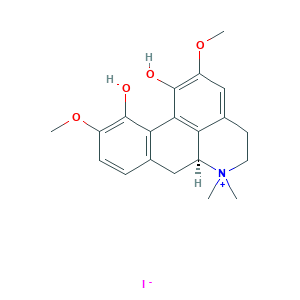 Magnoflorine Iodide Item Number: BF-M2007 Specification : For Reference Standard and R&D, Not for Human Use Directly.CAS: 4277-43-4 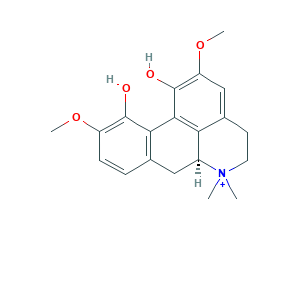 Magnoflorinechloride Item Number: BF-M2002 Specification : For Reference Standard and R&D, Not for Human Use Directly.CAS: 6681-18-1 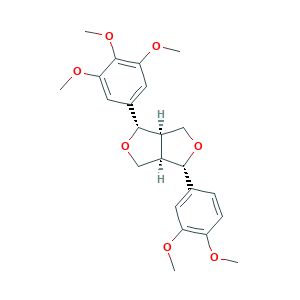 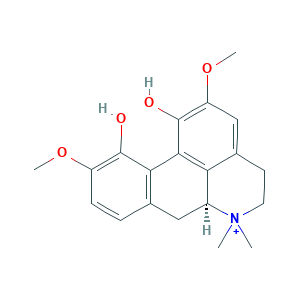