Background
One of the main concerns for archaeo-metallurgists and archaeologists is to determine to what extent ancient craftsmen understood the effect of metal alloy composition and were able to control it in order to produce objects with the most suitable features.

This problem can be investigated by combining compositional analyses of a high number of ancient artefacts with correlation analyses of the objects’ age, production site, destination of usage etc. – and thus chemometric data treatment is carried out. In this study, multivariate analyses were performed on a matrix composed of elemental compositional data from 134 archaeological bronze objects, obtained by XRF analyses. Analysed objects have been dated back from the Eneolithic Period to the end of the Bronze Age including the early Iron Age and were excavated in Central Italy (mainly Abruzzo Region).

Results
Chemometric analysis was performed attempting to visualise clouds of objects through PCA. In parallel and independently, object grouping was attempted using several different approaches, based on object characteristics (e.g. shape, weight, type of use – cutting or hitting and age) following indications given by archaeologists (or derived from the archaeological context).

Furthermore, case-tailored data pretreatment (logratio-centred scaling) was used, but no homogeneous groups could be identified.

Conclusions
By using chemometric data analysis, homogeneous groups of objects could not be detected, meaning that compositional data of alloys is not correlated with the considered objects’ characteristics. This favours the conclusion that – without discussing the ascertained ability of ancient foundry-men – they had also already discovered the convenience of recycling broken objects thus producing a more or less similar bronze alloy each time, depending on materials’ availability; necessary mechanical characteristics could then be obtained by post processing.

Rings or daggers, axes or fibulae have a different composition? A multivariate study on Central Italy bronzes from eneolithic to early iron age

A random effect meta-analysis was performed to estimate the worldwide pooled bovine viral diarrhoea virus (BVDV) prevalences of persistently infected (PI), viraemic (VI) and antibody-positive (AB) animals and herds. The meta-analysis covered 325 studies in 73 countries that determined the presence or absence of BVDV infections in cattle from 1961 to 2016. In total, 6.5 million animals and 310,548 herds were tested for BVDV infections in the global cattle population. The worldwide pooled PI prevalences at animal level ranged from low (≤0.8% Europe, North America, Australia), medium (>0.8% to 1.6% East Asia) to high (>1.6% West Asia). The PI and AB prevalences in Europe decreased over time, while BVDV prevalence increased in North America. The highest mean pooled PI prevalences at animal level were identified in countries that had failed to implement any BVDV control and/or eradication programmes (including vaccination). Our analysis emphasizes the need for more standardised epidemiological studies to support decision-makers implementing animal health policies for non-globally-regulated animal diseases. 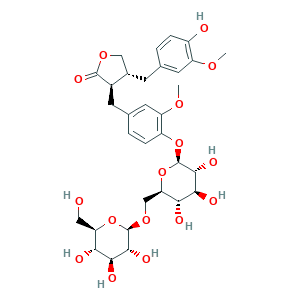 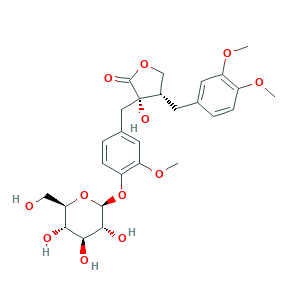 Tracheloside Item Number: BF-T3011 Specification : For Reference Standard and R&D, Not for Human Use Directly.CAS: 33464-71-0