A subchronic toxicity study of methyl hesperidin was performed using B6C3F1 mice. The flavonoid was administered to groups of ten males and ten females in dietary levels of 0, 0.3, 0.6, 1.25, 2.5 and 5.0% for 13 weeks. No significant treatment-related differences were found in data for body weights, food and water consumption, hematology, clinical chemistry and organ weights. Furthermore, no effects of treatment were observed on gross and histopathological examination of the major organs. The present experiment thus demonstrated that methyl hesperidin exerts no obvious toxic effects in mice of either sex when administered at a level as high as 5.0% in the diet.

A long-term carcinogenicity study of methyl hesperidin, a compound of the vitamin P group, was carried out in B6C3F1 mice receiving dietary concentrations of 0, 1.25 or 5%. Administration was continued for 96 wk and then the mice were maintained on basal diet for an additional 8 wk. Growth retardation during the experiment with final changes in organ weights were observed in females given the 1.25% dose of methyl hesperidin and in both sexes receiving the 5.0% treatment. However, no biologically significant effects were evident with respect to mortality or clinical signs. Furthermore, treatment with methyl hesperidin did not result in any changes in haematology, clinical chemistry and urinalysis data. On histological examination, no significant alteration of non-neoplastic and neoplastic lesion incidence was observed in treated mice. The results thus demonstrated that methyl hesperidin lacked any carcinogenicity for B6C3F1 mice in the 96-wk feeding regimen used in this study.

The interaction of Methyl hesperidin (MH) with Buman serum albumin was studied by spectroscopic methods including Fluorescence quenching technology, UV absorbance spectra and Fourier transform infrared (FT-IR) spectroscopy under simulative physiological conditions. The result of fluorescence titration revealed that Methyl hesperidin could quench the intrinsic fluorescence of BSA and the quenching mechanism should be a combined quenching process. The binding constants at three temperatures (296, 303, and 310 K) were 1.82, 2.69, and 3.4 × 10(4)L mol(-1), respectively. The distance between donor (BSA) and acceptor (MH) was 5.54 nm according to the Forster theory of non-radiation energy transfer. In addition, FT-IR spectroscopy showed that the binding of MH to BSA changed the secondary structure of protein.
Copyright © 2012 Elsevier B.V. All rights reserved.

Methyl-Hesperidin is a vasodilating agent[1]. 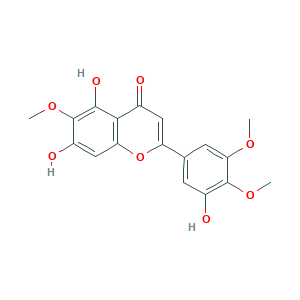 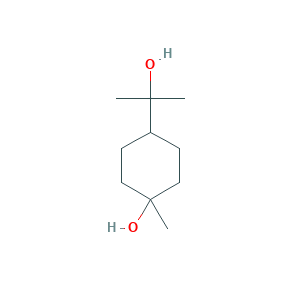 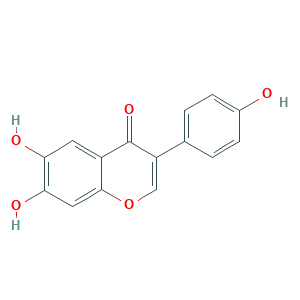 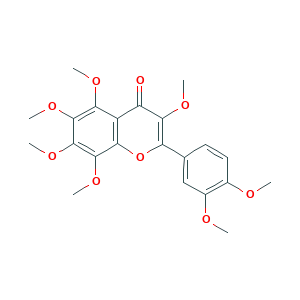 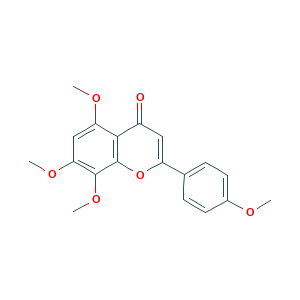 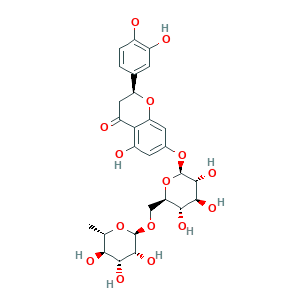 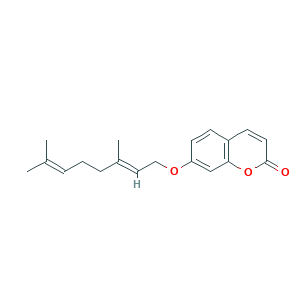 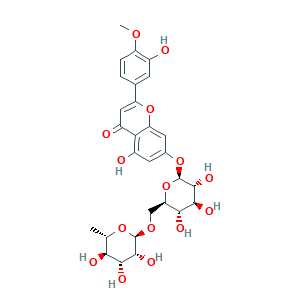 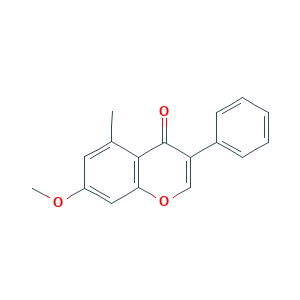