Background
Infection after total knee arthroplasty (TKA) can result in disastrous consequences. Previous research regarding injections and risk of TKA infection have produced conflicting results and in general have been limited by small cohort size.

Questions/purposes
The purpose of this study was to evaluate if intraarticular injection before TKA increases the risk of postoperative infection and to identify if time between injection and TKA affect the risk of TKA infection.

Methods
The Humana data set was reviewed from 2007 to 2014 for all patients who received a knee injection before TKA. Current Procedural Terminology (CPT) codes and laterality modifiers were used to identify patients who underwent knee injection followed by ipsilateral TKA. Postoperative infection within 6 months of TKA was identified using International Classification of Diseases, 9th Revision/CPT codes that represent two infectious endpoints: any postoperative surgical site infection (encompasses all severities of infection) and operative intervention for TKA infection (surrogate for deep TKA infection). The injection cohort was stratified into 12 subgroups by monthly intervals out to 12 months corresponding to the number of months that had elapsed between injection and TKA. Risk of postoperative infection was compared between the injection and no injection cohorts. In total, 29,603 TKAs (35%) had an injection in the ipsilateral knee before the TKA procedure and 54,081 TKA cases (65%) did not. The PearlDiver database does not currently support line-by-line output of patient data, and so we were unable to perform a multivariate analysis to determine whether other important factors may have varied between the study groups that might have had a differential influence on the risk of infection between those groups. However, the Charlson Comorbidity index was no different between the injection and no injection cohorts (2.9 for both) suggesting similar comorbidity profiles between the groups.

The John N. Insall Award: Do Intraarticular Injections Increase the Risk of Infection After TKA?

Material and method: Fifty normal healthy volunteers (29 males and 21 females) with no history of back pain were selected and were subjected to standing sagittal spino-pelvic radiographs. All the measurements of various radiographic parameters were performed with use of a software program. A statistical analysis was done to study the relationships among them.

Conclusions: This study presents the various spino-pelvic radiographic parameter values of a sample of the normal asymptomatic Indian population. There was significant difference in radiographic parameters between males and females in about half of the parameters studied in the sample. The values obtained are comparable with the values presented as normal in the literature. A comparison of the study results with data published about other populations revealed no differences in any of the pelvic parameters between the Indian, Brazilian, and Korean populations.

We investigated the potential application of preoperative serum metabolomes in predicting recurrence in patients with resected pancreatic cancer. From November 2012 to June 2014, patients who underwent potentially curative pancreatectomy for pancreatic ductal adenocarcinoma were examined. Among 57 patients, 32 were men; 42 had pancreatic head cancers. The 57 patients could be clearly categorized into two main clusters using 178 preoperative serum metabolomes. Patients within cluster 2 showed earlier tumor recurrence, compared with those within cluster 1 (p = 0.034). A nomogram was developed for predicting the probability of early disease-free survival in patients with resected pancreatic cancer. Preoperative cancer antigen (CA) 19-9 levels and serum metabolomes PC.aa.C38_4, PC.ae.C42_5, and PC.ae.C38_6 were the most powerful preoperative clinical variables with which to predict 6-month and 1-year cancer recurrence-free survival after radical pancreatectomy, with a Harrell’s concordance index of 0.823 (95% CI: 0.750-0.891) and integrated area under the curve of 0.816 (95% CI: 0.736-0.893). Patients with resected pancreatic cancer could be categorized according to their different metabolomes to predict early cancer recurrence. Preoperative detectable parameters, serum CA 19-9, PC.aa.C38_4, PC.ae.C42_5, and PC.ae.C38_6 were the most powerful predictors of early recurrence of pancreatic cancer. 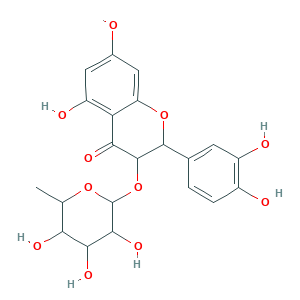 Isoastilbin Item Number: BD-P0848 Specification : For Reference Standard and R&D, Not for Human Use Directly.CAS: 54081-48-0

Neoastilbin Item Number: BD-P0300 Specification : For Reference Standard and R&D, Not for Human Use Directly.CAS: 54081-47-9 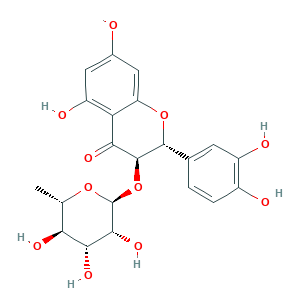