In addition to addiction, the repeated use of (+)-methamphetamine [(+)-METH], (+)amphetamine [(+)-AMP], or (±)-methylenedioxymethamphetamine [(±)-MDMA, commonly called ecstasy] can lead to life-threatening medical problems including cardiovascular injury, severe depression, and psychosis. Currently, there are no specific pharmacotherapies to treat these medical problems. In this study, we report the design and synthesis of two haptens, (S)-(+)-3-(9-carboxynonyloxy)methamphetamine [3a, (+)-METHMO10] and (S)-(+)-3-(5-carboxypentyloxy)methamphetamine [3b, (+)-METH MO6], and their use in generating high affinity (low KD value) monoclonal antibodies (mAbs) against (+)-METH, (+)-AMP, and/or (+)-MDMA. Based on results from the determination of mAb KD values and ligand specificity, the mAbs generated from hapten 3a showed the greatest promise for generating active and passive immunotherapies for treating overdose or addiction from (+)-METH-like stimulants.

Chronic or excessive (+)-methamphetamine (METH) use often leads to addiction and toxicity to critical organs like the brain. With medical treatment as a goal, a novel single chain variable fragment (scFv) against METH was engineered from anti-METH monoclonal antibody mAb6H4 (IgG, κ light chain, KD = 11 nM) and found to have similar ligand affinity (KD = 10 nM) and specificity as mAb6H4. The anti-METH scFv (scFv6H4) was cloned, expressed in yeast, purified and formulated as a naturally occurring mixture of monomer (~75%) and dimer (~25%). To test the in vivo efficacy of the scFv6H4, male Sprague Dawley rats (n=5) were implanted with 3-day sc osmotic pumps delivering 3.2 mg/kg/day METH. After reaching steady-state METH concentrations, an i.v. dose of scFv6H4 (36.5 mg/kg, equimolar to the METH body burden) was administered along with a [3H]-scFv6H4 tracer. Serum pharmacokinetic (PCKN) analysis of METH and [3H]-scFv6H4 showed that the scFv6H4 caused an immediate 65-fold increase in the METH concentrations and a 12-fold increase in the serum METH area under the concentration-time curve from 0-480 min after scFv6H4 administration. The scFv6H4 monomer was quickly cleared or converted to multivalent forms with an apparent t1/2λz of 5.8 min. In contrast, the larger scFv6H4 multivalent forms (dimers, trimers, etc.) showed a much longer t1/2λz (228 min), and the significantly increased METH serum molar concentrations correlated directly with scFv6H4 serum molar concentrations. Considered together these data suggested that the scFv6H4 multimers (and not the monomer) were responsible for the prolonged redistribution of METH into the serum.

Background
Coronary heart disease (CHD) is the most common cause of death globally, although mortality rates are falling. Psychological symptoms are prevalent for people with CHD, and many psychological treatments are offered following cardiac events or procedures with the aim of improving health and outcomes. This is an update of a Cochrane systematic review previously published in 2011.

Objectives
To assess the effectiveness of psychological interventions (alone or with cardiac rehabilitation) compared with usual care (including cardiac rehabilitation where available) for people with CHD on total mortality and cardiac mortality; cardiac morbidity; and participant‐reported psychological outcomes of levels of depression, anxiety, and stress; and to explore potential study‐level predictors of the effectiveness of psychological interventions in this population.

Selection criteria
We included randomised controlled trials (RCTs) of psychological interventions compared to usual care, administered by trained staff, and delivered to adults with a specific diagnosis of CHD. We selected only studies estimating the independent effect of the psychological component, and with a minimum follow‐up of six months. The study population comprised of adults after: a myocardial infarction (MI), a revascularisation procedure (coronary artery bypass graft (CABG) or percutaneous coronary intervention (PCI)), and adults with angina or angiographically defined coronary artery disease (CAD). RCTs had to report at least one of the following outcomes: mortality (total‐ or cardiac‐related); cardiac morbidity (MI, revascularisation procedures); or participant‐reported levels of depression, anxiety, or stress.

Main results
This review included 35 studies which randomised 10,703 people with CHD (14 trials and 2577 participants added to this update). The population included mainly men (median 77.0%) and people post‐MI (mean 65.7%) or after undergoing a revascularisation procedure (mean 27.4%). The mean age of participants within trials ranged from 53 to 67 years. Overall trial reporting was poor, with around a half omitting descriptions of randomisation sequence generation, allocation concealment procedures, or the blinding of outcome assessments. The length of follow‐up ranged from six months to 10.7 years (median 12 months). Most studies (23/35) evaluated multifactorial interventions, which included therapies with multiple therapeutic components. Ten studies examined psychological interventions targeted at people with a confirmed psychopathology at baseline and two trials recruited people with a psychopathology or another selecting criterion (or both). Of the remaining 23 trials, nine studies recruited unselected participants from cardiac populations reporting some level of psychopathology (3.8% to 53% with depressive symptoms, 32% to 53% with anxiety), 10 studies did not report these characteristics, and only three studies excluded people with psychopathology.

Authors’ conclusions
This updated Cochrane Review found that for people with CHD, there was no evidence that psychological treatments had an effect on total mortality, the risk of revascularisation procedures, or on the rate of non‐fatal MI, although the rate of cardiac mortality was reduced and psychological symptoms (depression, anxiety, or stress) were alleviated; however, the GRADE assessments suggest considerable uncertainty surrounding these effects. Considerable uncertainty also remains regarding the people who would benefit most from treatment (i.e. people with or without psychological disorders at baseline) and the specific components of successful interventions. Future large‐scale trials testing the effectiveness of psychological therapies are required due to the uncertainty within the evidence. Future trials would benefit from testing the impact of specific (rather than multifactorial) psychological interventions for participants with CHD, and testing the targeting of interventions on different populations (i.e. people with CHD, with or without psychopathologies). 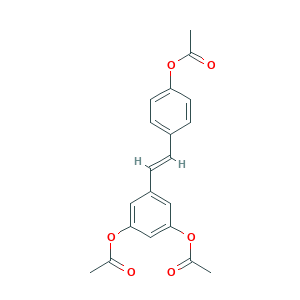