Peiminine, a compound extracted from the bulbs of Fritillaria thunbergii and traditionally used as a medication in China and other Asian countries, was reported to inhibit colorectal cancer cell proliferation and tumor growth by inducing autophagic cell death. However, its mechanism of anticancer action is not well understood, especially at the metabolic level, which was thought to primarily account for peiminine’s efficacy against cancer. Using an established metabolomic profiling platform combining ultra-performance liquid chromatography/tandem mass spectrometry with gas chromatography/mass spectrometry, we identified metabolic alterations in colorectal cancer cell line HCT-116 after peiminine treatment. Among the identified 236 metabolites, the levels of 57 of them were significantly (p < 0.05) different between peiminine-treated and -untreated cells in which 45 metabolites were increased and the other 12 metabolites were decreased. Several of the affected metabolites, including glucose, glutamine, oleate (18:1n9), and lignocerate (24:0), may be involved in regulation of the phosphoinositide 3-kinase/Akt/mammalian target of rapamycin (mTOR) pathway and in the oxidative stress response upon peiminine exposure. Peiminine predominantly modulated the pathways responsible for metabolism of amino acids, carbohydrates, and lipids. Collectively, these results provide new insights into the mechanisms by which peiminine modulates metabolic pathways to inhibit colorectal cancer cell growth, supporting further exploration of peiminine as a potential new strategy for treating colorectal cancer.

Peiminine, an alkaloid extracted from Fritillaria plants, has been reported to have potent anti-inflammatory properties. However, the anti-inflammatory effect of peiminine on a mouse lipopolysaccharide (LPS)-induced mastitis model remains to be elucidated. The purpose of this experiment was to investigate the effect of peiminine on LPS-induced mastitis in mice. LPS was injected through the canals of the mammary gland to generate the mouse LPS-induced mastitis model. Peiminine was administered intraperitoneally 1 h before and 12 h after the LPS injection. In vitro, mouse mammary epithelial cells (mMECs) were pretreated with different concentrations of peiminine for 1 h and were then stimulated with LPS. The mechanism of peiminine on mastitis was studied by hematoxylin-eosin staining (H&E) staining, western blotting, and enzyme-linked immunosorbent assay (ELISA). The results showed that peiminine significantly decreased the histopathological impairment of the mammary gland in vivo and reduced the production of pro-inflammatory mediators in vivo and in vitro. Furthermore, peiminine inhibited the phosphorylation of the protein kinase B (AKT)/ nuclear factor-κB (NF-κB), extracellular regulated protein kinase (ERK1/2), and p38 signaling pathways both in vivo and in vitro. All the results suggested that peiminine exerted potent anti-inflammatory effects on LPS-induced mastitis in mice. Therefore, peiminine might be a potential therapeutic agent for mastitis. 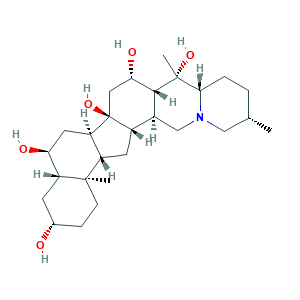 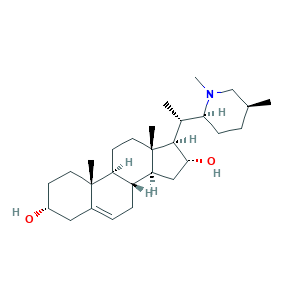 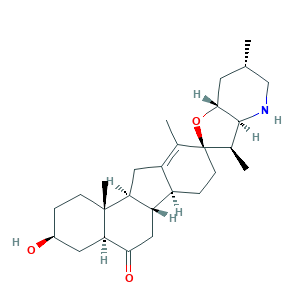 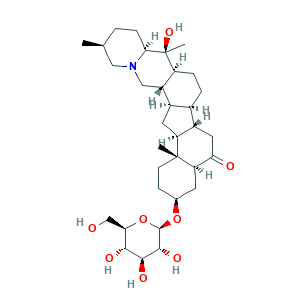 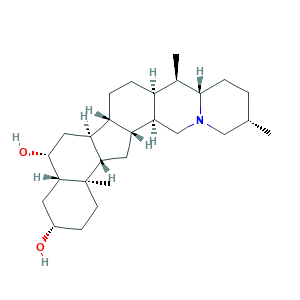