A selective and sensitive high-performance liquid chromatography-electro-spray ionization tandem mass spectrometry (LC-ESI-MS/MS) method was developed for the simultaneous quantitative determination of Picroside-I, II, and III in rat plasma and tissue homogenate to aid the pre-clinical studies. The chromatographic separation was performed on a Hypersil GOLD AQ C18 column using a gradient elution program with a mobile phase consisting of 2mM ammonium acetate and acetonitrile. The detection was achieved using a triple quadrupole tandem MS in negative ionization multiple reaction monitoring (MRM) mode. One-step protein precipitation was selected for plasma and tissue sample preparation while liquid-liquid extraction failed to achieve satisfactory recoveries. The calibration curves of all three analytes in either plasma or tissue homogenate showed good linearity over the concentration range of 0.5-500ng/mL with a limit of quantitation at 0.5ng/mL. Both the intra- and inter-day accuracy and precision were within ±10%. The extraction recoveries were >70%, and the relative matrix effect ranged from 80.4% to 107.4% in all the biological samples. All the analytes were stable in matrices for at least 24h at room temperature, or 21 days in frozen. Three freeze/thaw cycles did not cause degradation. The method was successfully applied for quantification of the three iridoid glycosides in the collected plasma and various tissues following intravenous administration in rats. Picroside-I, II, and III were all eliminated rapidly with large volume of distribution. Among the three glycosides, Picroside-II showed the highest liver uptake, and only Picroside-I and II were found to get across the blood brain barrier (BBB). These results were consistent with their hepatoprotective or neuroprotective effects reported clinically. With the aid of the efficient and reliable simultaneous LC-ESI-MS/MS assay this pharmacokinetic study provided insights into their therapeutic targets of these three iridoid glycosides as well as valuable experimental basis for an expansion of their clinical indications. 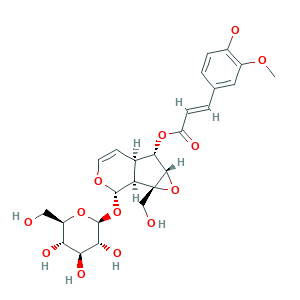 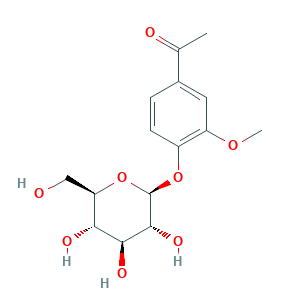 Androsin Item Number: BD-D0744 Specification : For Reference Standard and R&D, Not for Human Use Directly.CAS: 531-28-2 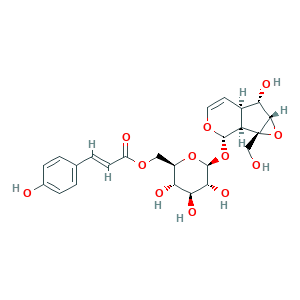 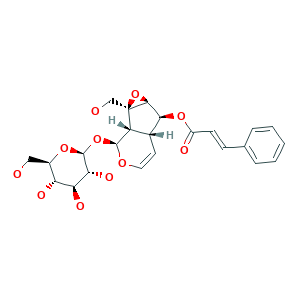 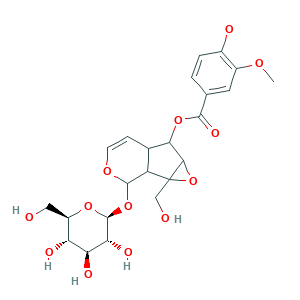