Specific radiation damage can be used to determine phases de novo from macromolecular crystals. This method is known as radiation-damage-induced phasing (RIP). One limitation of the method is that the dose of individual data sets must be minimized, which in turn leads to data sets with low multiplicity. A solution to this problem is to use data from multiple crystals. However, the resulting signal can be degraded by a lack of isomorphism between crystals. Here, it is shown that serial synchrotron crystallography in combination with selective merging of data sets can be used to determine high-quality phases for insulin and thaumatin, and that the increased multiplicity can greatly enhance the success rate of the experiment.

Background
Drugs can prevent postoperative nausea and vomiting, but their relative efficacies and side effects have not been compared within one systematic review.

Objectives
The objective of this review was to assess the prevention of postoperative nausea and vomiting by drugs and the development of any side effects.

Selection criteria
We included randomized controlled trials that compared a drug with placebo or another drug, or compared doses or timing of administration, that reported postoperative nausea or vomiting as an outcome.

Main results
We included 737 studies involving 103,237 people. Compared to placebo, eight drugs prevented postoperative nausea and vomiting: droperidol, metoclopramide, ondansetron, tropisetron, dolasetron, dexamethasone, cyclizine and granisetron. Publication bias makes evidence for differences among these drugs unreliable. The relative risks (RR) versus placebo varied between 0.60 and 0.80, depending upon the drug and outcome. Evidence for side effects was sparse: droperidol was sedative (RR 1.32) and headache was more common after ondansetron (RR 1.16).

Authors’ conclusions
Either nausea or vomiting is reported to affect, at most, 80 out of 100 people after surgery. If all 100 of these people are given one of the listed drugs, about 28 would benefit and 72 would not. Nausea and vomiting are usually less common and, therefore, drugs are less useful. For 100 people, of whom 30 would vomit or feel sick after surgery if given placebo, 10 people would benefit from a drug and 90 would not. Between one to five patients out of every 100 people may experience a mild side effect, such as sedation or headache, when given an antiemetic drug. Collaborative research should focus on determining whether antiemetic drugs cause more severe, probably rare, side effects. Further comparison of the antiemetic effect of one drug versus another is not a research priority.

Biological Activity of Crude Extract and Saponin Pseudoginsenoside-RT1 Derived from the Fruit of Randia siamensis PUMID/DOI：无 Pharmaceutical Biology, 2008 ,37 (1) :42-45. Ursolic acid (1), pseudoginsenoside-RP 1 (2), and Pseudoginsenoside RT1 (3) were isolated from the fruit of Randia siamensis. 13 C NMR spectroscopy was particularly useful in confirming the structures of these components. Studies with rats showed that saponin 3 caused a decrease in blood pressure, an increase in heart rate and an increase in spontaneous contractility of the uterus. Also, a crude ethanol extract of the fruit of R. siamensis exhibited acute ichthyotoxic activity. 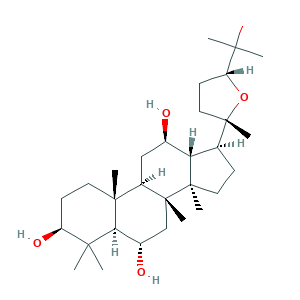 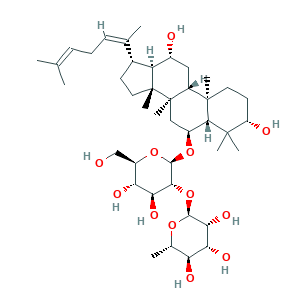 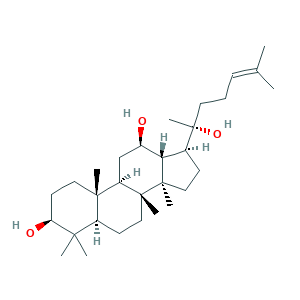 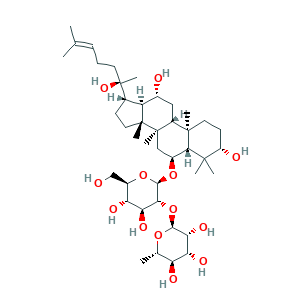 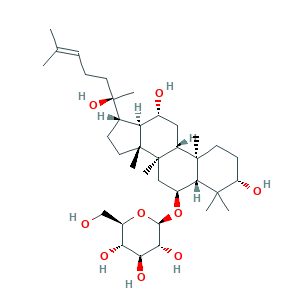 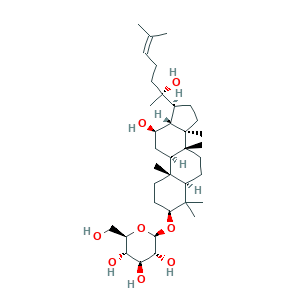 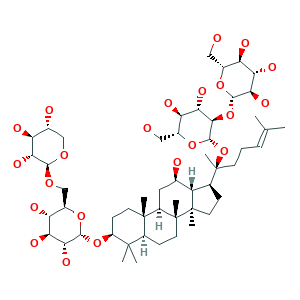 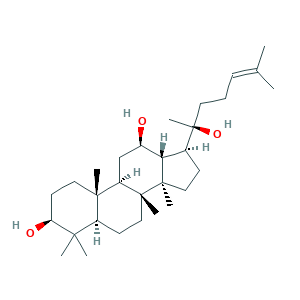 Protopanaxdiol Item Number: BF-P1014 Specification : For Reference Standard and R&D, Not for Human Use Directly.CAS: 30636-90-9 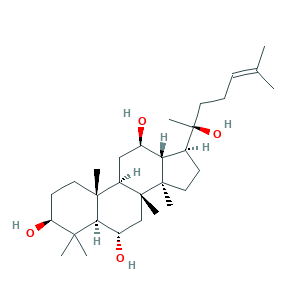 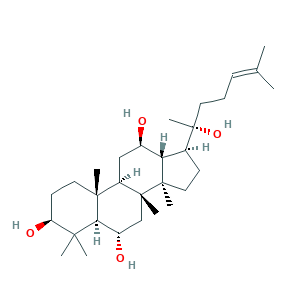 Protopanaxatriol Item Number: BN-O0013 Specification : For Reference Standard and R&D, Not for Human Use Directly.CAS: 1453-93-6