Nature is a vast source of bioactive molecules and has provided an active and efficient reservoir for drug discovery. Among natural compounds, one of the most promising is Schisandrin B (Sch B), isolated from Schisandra chinensis, which was documented to possess diversified pharmacokinetic propriety, among them antioxidant, anti-inflammation, cardioprotection, and neuroprotection. Due to its large biological properties, Sch B was recorded to be a potent cure for several diseases by targeting several signaling pathways. This review is aimed at emphasizing the recent data on the biological properties of Sch B among the molecular mechanism of this drug on tumoral, cardiac, and neural diseases. The data suggest that the antitumor activities of Sch B were mainly through apoptosis and cell cycle arrest at the diver’s stage. It is reported that Sch B could be used as effective chemotherapy, neuroprotection, and cardioprotection since it possesses a spectrum of biological activities; however, further investigations on the mechanism of its action and preclinical trials are still mandatory to further validate the potential of this natural drug candidate.

A Comprehensive Review on Schisandrin B and Its Biological Properties.

Schisandrin B suppresses liver fibrosis in rats by targeting miR-101-5p through the TGF-β signaling pathway.

The natural medicinal monomer, schisandrin B (Sch B), has been shown to exert cardioprotective effects; however, the underlying mechanisms of these effects remain to be fully elucidated. Therefore, the aim of the present study was to investigate whether Sch B attenuated myocardial ischemia/reperfusion (I/R) injury via the phosphoinositide 3‑kinases (PI3K)/Akt signaling pathway. To confirm this, I/R models were established in rats by ligation of the left anterior descending coronary artery. A group of animals were administered with Sch B (60 mg/kg, lavage) and/or the PI3K inhibitor, LY294002 (0.3 mg/kg, intraperitoneal). Myocardial infarct size, myocardial infarct serum markers, myocardial apoptotic index and the expression of Akt were measured in each group. The results demonstrated that the administration of Sch B reduced the size of the myocardial infarct, and this effect was eliminated following LY294002 treatment. In addition, the administration of Sch B decreased the apoptotic index and the serum markers of myocardial infarction. Sch B administration also increased the expression of phosphorylated Akt, and Sch B treatment decreased the B‑cell lymphoma 2 (Bcl‑2)‑like protein 4/Bcl‑2 ratio and the expression of cleaved caspase‑3. Therefore, Sch B may protect myocardial tissue from I/R injury via the PI3K/Akt signaling pathway in rats.

Schisandrin B protects against myocardial ischemia/reperfusion injury via the PI3K/Akt pathway in rats. 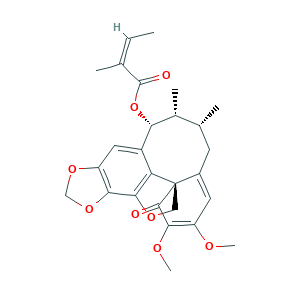 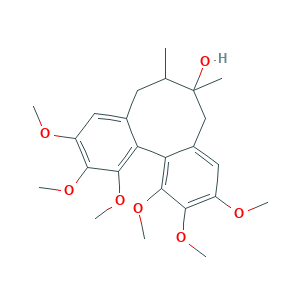 Schisandrin Item Number: BF-S3021 Specification : For Reference Standard and R&D, Not for Human Use Directly.CAS: 7432-28-2 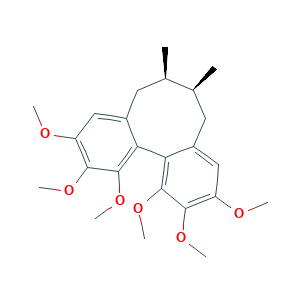 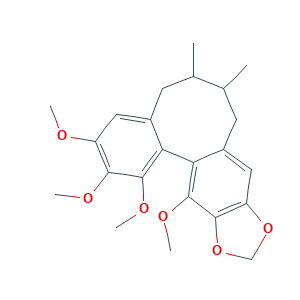 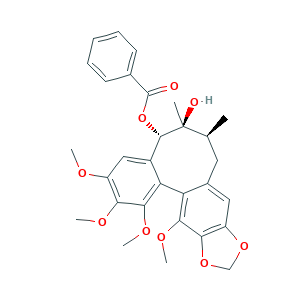 Schisantherin A Item Number: BF-S3018 Specification : For Reference Standard and R&D, Not for Human Use Directly.CAS: 58546-56-8 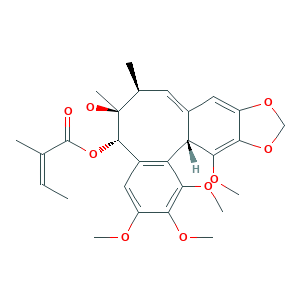 Schisantherin B Item Number: BF-S2027 Specification : For Reference Standard and R&D, Not for Human Use Directly.CAS: 58546-55-7 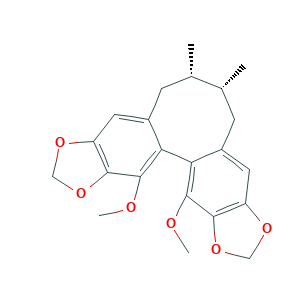 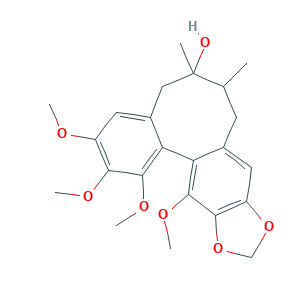 Doxyschizandrin Item Number: AV-P10038 Specification : For Reference Standard and R&D, Not for Human Use Directly.CAS: 61281-38-7