Steviol glycosides are a family of compounds found in Stevia rebaudiana Bertoni that are responsible for sweetness capacity. The antihyperglycemic effect of the two major steviol glycosides, Rebaudioside A and Stevioside, has been studied and it has been found that despite having the same common structure, only Stevioside exerts an antihyperglycemic effect. Although other steviol derivatives are found in smaller amounts (minor steviol glycosides) in S. rebaudiana, whether or not they possess antihyperglycemic activity has not been evaluated. The aim of this study was to evaluate the antihyperglycemic effect of minor steviol glycosides in normoglycemic and diabetic (streptozotocin/nicotinamide) Wistar rats. Rats were subjected to an intraperitoneal glucose tolerance test (IPGTT) both before and after chronic treatment (28 days). After 6 h of fasting, IPGTT was conducted in pentobarbital-anesthetized rats using 1 g/kg of glucose plus 20 mg/kg of the minor glycoside (Dulcoside A, Rebaudioside B, C, D, or Steviolbioside) or control treatment (distilled water, glibenclamide, or metformin); the blood of the tip of the tail was collected at time 0, 15, 30, 60, and 120 min.; and blood glucose was measured, and its net area under the curve (AUCnet) was calculated. After 28-day chronic oral administration, IPGTT was again performed. Differences were considered significant at P < .05 by one-way ANOVA. Acute intraperitoneal or chronic oral administration of 20 mg/kg of minor steviol glycosides had no antihyperglycemic effect in normoglycemic or induced-diabetic Wistar rats. Considering the dose tested, it is unlikely that these glycosides have an effect on glucose in diabetic or normoglycemic humans.

Evaluation of the Antihyperglycemic Effect of Minor Steviol Glycosides in Normoglycemic and Induced-Diabetic Wistar Rats.

The hydrolysis of the steviol glycosides rebaudioside (Reb) A and E, as well as steviolbioside (a metabolic intermediate) to steviol was evaluated in vitro using human fecal homogenates from healthy Caucasian and Asian donors. Incubation of each of the Rebs in both groups resulted in a rapid hydrolysis to steviol. Metabolism of 0.2mg/mL sample was complete within 24h, with the majority occurring within the first 16 h. There were no clear differences in the rate or extent of metabolism of Reb E relative to the comparative control Reb A. The hydrolysis of samples containing 2.0mg/mL of steviol glycosides Reb A and Reb E tended to take slightly longer than 0.2mg/mL samples. Herein, we report for the first time that there were no apparent gender or ethnicity differences in the rate of metabolism of any of the Rebs, regardless of the concentrations tested. Steviolbioside, an intermediate in the hydrolysis of Reb E to steviol was also found to be rapidly degraded to steviol. These results demonstrate Reb E is metabolized to steviol in the same manner as Reb A. These data support the use of toxicology data available on steviol, and on steviol glycosides metabolized to steviol (i.e., Reb A) to underpin the safety of Reb E. 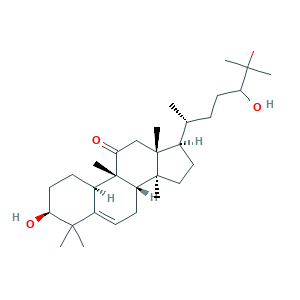 Bryodulcosigenin Item Number: BD-R0045 Specification : For Reference Standard and R&D, Not for Human Use Directly.CAS: 4965-97-3 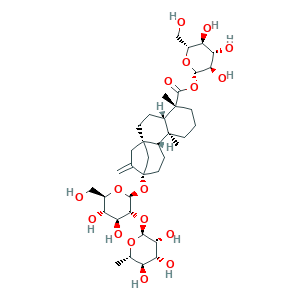 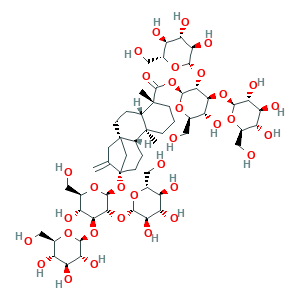 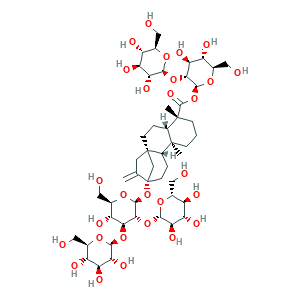 Rebaudioside D Item Number: BD-P0606 Specification : For Reference Standard and R&D, Not for Human Use Directly.CAS: 63279-13-0 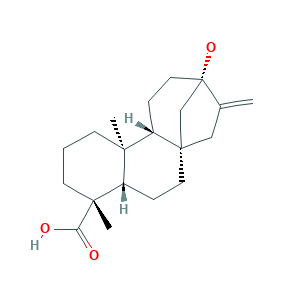 Steviol Item Number: BD-P0607 Specification : For Reference Standard and R&D, Not for Human Use Directly.CAS: 471-80-7 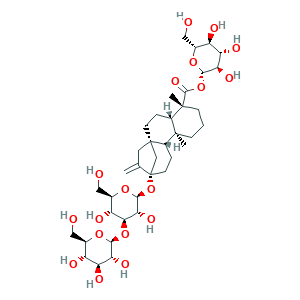 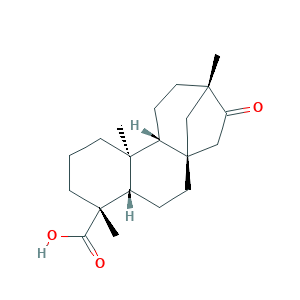 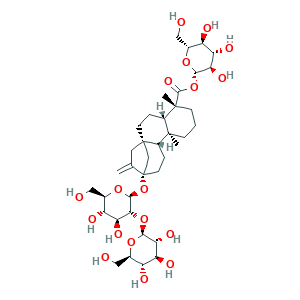 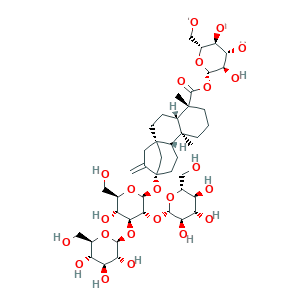 Rebaudioside A Item Number: BF-R1001 Specification : For Reference Standard and R&D, Not for Human Use Directly.CAS: 58543-16-1