Phytochemical and biological investigation of chloroform and ethylacetate fractions of Euphorbia heterophylla leaf ( Euphorbiaceae) PUMID/DOI： Falodun A, Ali S, Quadir I M, et al. Phytochemical and biological investigation of chloroform and ethylacetate fractions of Euphorbia heterophylla leaf (Euphorbiaceae)[J]. Journal of Medicinal Plant Research, 2008, 2(12):365-369. Euphorbia heterophylla Linn (Euphorbiaceae) is a medicinal plant used by traditional herbal practitioners in Nigeria and some parts of West Africa for the treatment of constipation, bacterial and inflammatory disease conditions (arthritis and rheumatism). Powdered plant material was subjected to phytochemical screening using standard experimental procedures. The crude powdered sample of Euphorbia heterophylla leaves was extracted with n-hexane, chloroform, ethylacetate and methanol. The precipitates from the fractions were subjected to chromatographic and re-crystallization procedures. The structures of isolated compounds were characterized and elucidated with chemical and spectroscopic techniques such as IR, NMR and MS experiments. The in vitro biological activity of the isolated and characterized compounds were evaluated by superoxide scavenging assay using xanthine - xanthine oxidase system to generate superoxides. The result of the study showed that the crude plant material contained some secondary metabolites such as saponins, flavonoids and tannins. The phytochemical investigation led to the isolation of four known compounds stigmasterol, - stigmasterol glucoside, benzoic acid and 4 - hydroxyl benzoic acid. The four compounds exhibited good activity against the xanthine oxidase enzymes while the 4-hydroxybenzoic acid showed a marked activity. The isolation of the compounds from the leaves of E. heterophylla, which inhibited the xanthine oxidase enzyme, has justified the claims for which the plant is known and used.

6:2 chlorinated polyfluorinated ether sulfonate (F-53B) has been widely applied as a mist suppressant to replace perfluorooctane sulfonate (PFOS) in the metal plating industry in China for decades. Recently, F-53B has been frequently identified in the aquatic environment and wild-caught fish. However, studies on the uptake and elimination kinetics, and the toxicological effects of F-53B were very scarce. In this study, zebrafish larvae (72 h post fertilization, hpf) were exposed to F-53B (10, 100 μg/L) for 48 h, followed by a 24 h of depuration to examine both the dynamics of accumulation and elimination of F-53B and responses of antoxidant defense system in fish. The results showed that F-53B rapidly accumulated in zebrafish larvae in a concentration and time-dependent manner with BCF values of 3612-3615, but was eliminated slowly (half-life ranged from 241.5 to 258.6 h). F-53B exposure induced oxidative stress in zebrafish larvae, as reflected by the reduction in the GSH and MDA contents, CAT, SOD, CuZn-SOD, and GSH-ST activities, and the increase in GSH-Px activity as well as CAT and SOD protein levels. However, these oxidative stress markers were restored to control levels except for a decrease in protein level of SOD after depuration. Collectively, the results of this work indicate that F-53B behaves like PFOS and is bioaccumulative and persistent in zebrafish larvae, and further induced oxidative stress responses.

A glycolipid which was expressed during a differentiation from haploid myxoamoebae to diploid plasmodia of a true slime mold, Physarum polycephalum, has been examined. In the amoeboid stage, cells did not contain this glycolipid, but after conjugation of the haploid cells, this substance appeared and increased in its amount. From structural studies of the purified glycolipid, it has been identified as poriferasterol monoglucoside.

Expression of poriferasterol monoglucoside associated with differentiation of Physarum polycephalum

L A LUZNETSOVA, M A ROMANCHUK 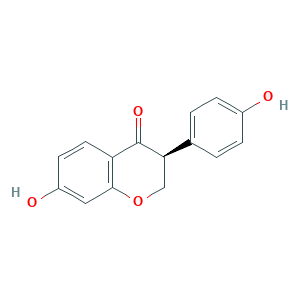 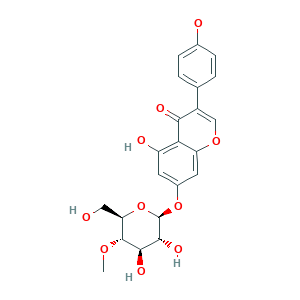 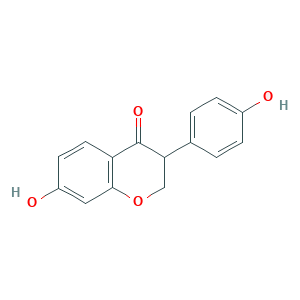 DihydroDaidzein Item Number: BD-D0318 Specification : For Reference Standard and R&D, Not for Human Use Directly.CAS: 17238-05-0 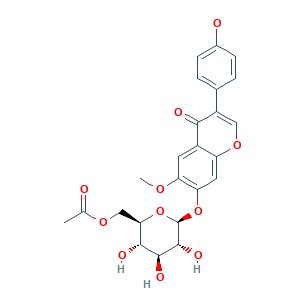 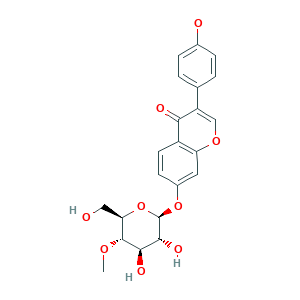 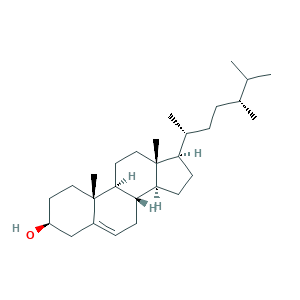 Campasterol Item Number: BF-C3020 Specification : For Reference Standard and R&D, Not for Human Use Directly.CAS: 474-62-4 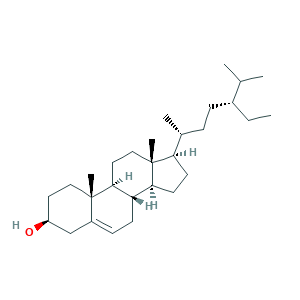 Sitosterol, β- Item Number: BF-S1016 Specification : For Reference Standard and R&D, Not for Human Use Directly.CAS: 83-46-5 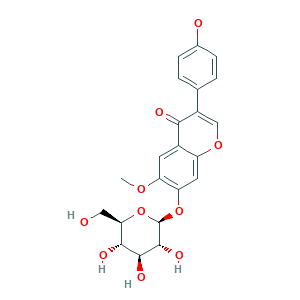 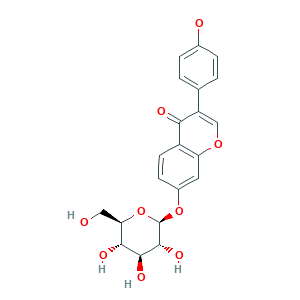 Daidzin Item Number: BF-D1003 Specification : For Reference Standard and R&D, Not for Human Use Directly.CAS: 552-66-9 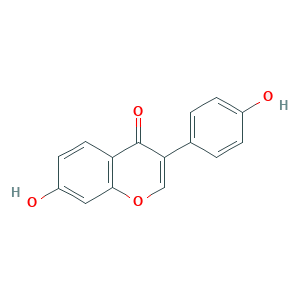 Daidzein Item Number: BF-D1002 Specification : For Reference Standard and R&D, Not for Human Use Directly.CAS: 486-66-8