Vitex lucens and other plants

Vicenin 3 is an angiotensin-converting enzyme (ACE) inhibitor (IC50=46.91 μM) from the aerial parts of Desmodium styracifolium[1].

Since fossil sources for fuel and platform chemicals will become limited in the near future, it is important to develop new concepts for energy supply and production of basic reagents for chemical industry. One alternative to crude oil and fossil natural gas could be the biological conversion of CO2 or small organic molecules to methane via methanogenic archaea. This process has been known from biogas plants, but recently, new insights into the methanogenic metabolism, technical optimizations and new technology combinations were gained, which would allow moving beyond the mere conversion of biomass. In biogas plants, steps have been undertaken to increase yield and purity of the biogas, such as addition of hydrogen or metal granulate. Furthermore, the integration of electrodes led to the development of microbial electrosynthesis (MES). The idea behind this technique is to use CO2 and electrical power to generate methane via the microbial metabolism. This review summarizes the biochemical and metabolic background of methanogenesis as well as the latest technical applications of methanogens. As a result, it shall give a sufficient overview over the topic to both, biologists and engineers handling biological or bioelectrochemical methanogenesis.

Results
A total of 651 megabases of raw sequences from an mRNA sample of developing seeds was acquired. Bioinformatic analysis of these sequences revealed 59,914 transcripts representing 26,995 unique genes that include nearly all known seed expressed genes. Based on sequence similarity with known plant proteins, about 74% (19,861) genes matched with annotated coding genes. Among them, 95% (18,868) showed highest sequence homology with Arabidopsis genes, which will allow translation of genomics and genetics findings from Arabidopsis to lesquerella. Using Arabidopsis acyl-lipid genes as queries, we searched the transcriptome assembly and identified 615 lesquerella genes involved in all known pathways of acyl-lipid metabolism. Further deep mining the transcriptome assembly led to identification of almost all lesquerella genes involved in fatty acid and triacylglycerol synthesis. Moreover, we characterized the spatial and temporal expression profiles of 15 key genes using the quantitative PCR assay.

Conclusions
We have built a lesquerella seed transcriptome that provides a valuable reference in addition to the castor database for discovering genes involved in the synthesis of triacylglycerols enriched with hydroxy fatty acids. The information obtained from data mining and gene expression profiling will provide a resource not only for the study of hydroxy fatty acid metabolism, but also for the biotechnological production of hydroxy fatty acids in existing oilseed crops.

Background
Evidence-based decision making is essential for appropriate prioritization and service provision by healthcare systems. Despite higher demands, data needs for this practice are not met in many cases in low- and middle-income countries because of underdeveloped sources, among other reasons. Emergency departments (EDs) provide an important channel for such information because of their strategic position within healthcare systems. This paper describes the design and pilot test of a national ED based surveillance system suitable for the Pakistani context.

Methods
The Pakistan National Emergency Department Surveillance Study (Pak-NEDS) was pilot tested in the emergency departments of seven major tertiary healthcare centres across the country. The Aga Khan University, Karachi, served as the coordinating centre. Key stakeholders and experts from all study institutes were involved in outlining data needs, development of the study questionnaire, and identification of appropriate surveillance mechanisms such as methods for data collection, monitoring, and quality assurance procedures. The surveillance system was operational between November 2010 and March 2011. Active surveillance was done 24 hours a day by data collectors hired and trained specifically for the study. All patients presenting to the study EDs were eligible participants. Over 270,000 cases were registered in the surveillance system over a period of four months. Coverage levels in the final month ranged from 91-100% and were highest in centres with the least volume of patients. Overall the coverage for the four months was 79% and crude operational costs were less than $0.20 per patient.

Conclusions
Pak-NEDS is the first multi-centre ED based surveillance system successfully piloted in a sample of major EDs having some of the highest patient volumes in Pakistan. Despite the challenges identified, our pilot shows that the system is flexible and scalable, and could potentially be adapted for many other low- and middle-income settings. 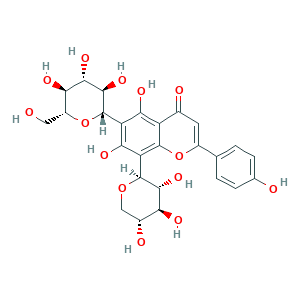 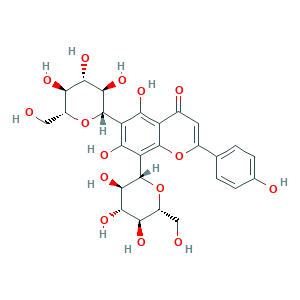 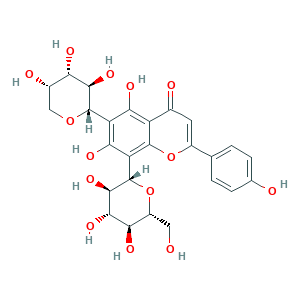 Isoschaftoside Item Number: BF-I4006 Specification : For Reference Standard and R&D, Not for Human Use Directly.CAS: 52012-29-0