Objective
The number of young adults on disability pension (DP) is increasing in European countries, creating a need to understand the related risk factors. This study aimed to determine whether adverse perinatal conditions are associated with receiving a DP early in life.

Methods
This longitudinal cohort study consisted of all persons (N = 453,223) born in Sweden during 1973-1977, observed from 1991 through 2010 when they were aged between 16 and 37 years. Statistics Sweden provided linked national data on the children and their parents. We used logistic regression to assess the association between perinatal health conditions (birth defect, Apgar score, and small for gestational age) and receiving a DP, adjusting for maternal education and the sex of the child.

Conclusion
Having a birth defect was the strongest indicator of receiving a DP during early adulthood, followed by small for gestational age and low Apgar score. Overall, the effects of the studied perinatal health conditions were pronounced in those who received a DP at 16-18 years, but this effect weakened with increasing age at receiving a DP. Our findings suggest that policies and programs geared at promoting optimal health at birth might contribute to a reduction in receiving a DP.

Background and Aims
MicroRNAs are small endogenous RNA molecules with specific expression patterns that can serve as biomarkers for numerous diseases. However, little is known about the expression profile of serum miRNAs in PBC.

Methods
First, we employed Illumina deep sequencing for the initial screening to indicate the read numbers of miRNA expression in 10 PBC, 5 CH-C, 5 CH-B patients and 5 healthy controls. Comparing the differentially expressed miRNAs in the 4 groups, analysis of variance was performed on the number of sequence reads to evaluate the statistical significance. Hierarchical clustering was performed using an R platform and we have found candidates for specific miRNAs in the PBC patients. Second, a quantitative reverse transcription PCR validation study was conducted in 10 samples in each group. The expression levels of the selected miRNAs were presented as fold-changes (2−ΔΔCt). Finally, computer analysis was conducted to predict target genes and biological functions with MiRror 2.0 and DAVID v6.7.

Results
We obtained about 12 million 32-mer short RNA reads on average per sample and the mapping rates to miRBase were 16.60% and 81.66% to hg19. In the statistical significance testing, the expression levels of 81 miRNAs were found to be differentially expressed in the 4 groups. The heat map and hierarchical clustering demonstrated that the miRNA profiles from PBC clustered with those of CH-B, CH-C and healthy controls. Additionally, the circulating levels of hsa-miR-505-3p, 197-3p, and 500a-3p were significantly decreased in PBC compared with healthy controls and the expression levels of hsa-miR-505-3p, 139-5p and 197-3p were significantly reduced compared with the viral hepatitis group.

Conclusions
Our results indicate that sera from patients with PBC have a unique miRNA expression profile and that the down-regulated expression of hsa-miR-505-3p and miR-197-3p can serve as clinical biomarkers of PBC.

Background
Congenital talipes equinovarus (CTEV), which is also known as clubfoot, is a common congenital orthopaedic condition characterised by an excessively turned in foot (equinovarus) and high medial longitudinal arch (cavus). If left untreated it can result in long‐term disability, deformity and pain. Interventions can be conservative (such as splinting or stretching) or surgical. The review was first published in 2012 and we reviewed new searches in 2013 (update published 2014).

Objectives
To evaluate the effectiveness of interventions for CTEV.

Selection criteria
Randomised controlled trials (RCTs) and quasi‐RCTs evaluating interventions for CTEV. Participants were people of all ages with CTEV of either one or both feet.

Data collection and analysis
Two authors independently assessed risk of bias in included trials and extracted the data. We contacted authors of included trials for missing information. We collected adverse event information from trials when it was available.

Main results
We identified 14 trials in which there were 607 participants; one of the trials was newly included at this 2014 update. The use of different outcome measures prevented pooling of data for meta‐analysis even when interventions and participants were comparable. All trials displayed bias in four or more areas. One trial reported on the primary outcome of function, though raw data were not available to be analysed. We were able to analyse data on foot alignment (Pirani score), a secondary outcome, from three trials. Two of the trials involved participants at initial presentation. One reported that the Ponseti technique significantly improved foot alignment compared to the Kite technique. After 10 weeks of serial casting, the average total Pirani score of the Ponseti group was 1.15 (95% confidence interval (CI) 0.98 to 1.32) lower than that of the Kite group. The second trial found the Ponseti technique to be superior to a traditional technique, with average total Pirani scores of the Ponseti participants 1.50 lower (95% CI 0.72 to 2.28) after serial casting and Achilles tenotomy. A trial in which the type of presentation was not reported found no difference between an accelerated Ponseti or standard Ponseti treatment. At the end of serial casting, the average total Pirani scores in the standard group were 0.31 lower (95% CI ‐0.40 to 1.02) than the accelerated group. Two trials in initial cases found relapse following Ponseti treatment was more likely to be corrected with further serial casting compared to the Kite groups which more often required major surgery (risk difference 25% and 50%). There is a lack of evidence for different plaster casting products, the addition of botulinum toxin A during the Ponseti technique, different types of major foot surgery, continuous passive motion treatment following major foot surgery, or treatment of relapsed or neglected cases of CTEV. Most trials did not report on adverse events. In trials evaluating serial casting techniques, adverse events included cast slippage (needing replacement), plaster sores (pressure areas) and skin irritation. Adverse events following surgical procedures included infection and the need for skin grafting.

Authors’ conclusions
From the limited evidence available, the Ponseti technique produced significantly better short‐term foot alignment compared to the Kite technique and compared to a traditional technique. The quality of this evidence was low to very low. An accelerated Ponseti technique may be as effective as a standard technique, according to moderate quality evidence. Relapse following the Kite technique more often led to major surgery compared to relapse following the Ponseti technique. We could draw no conclusions from other included trials because of the limited use of validated outcome measures and lack of available raw data. Future randomised controlled trials should address these issues. 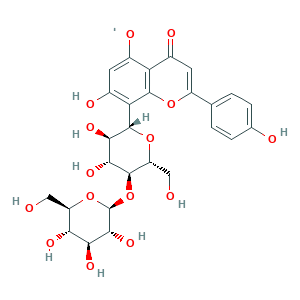 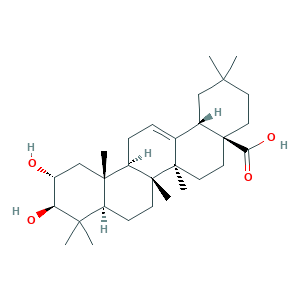 Maslinic acid Item Number: BF-M2004 Specification : For Reference Standard and R&D, Not for Human Use Directly.CAS: 4373-41-5 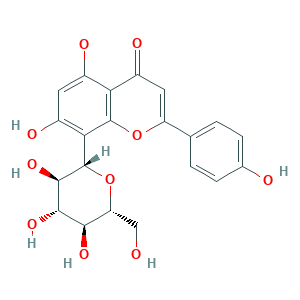 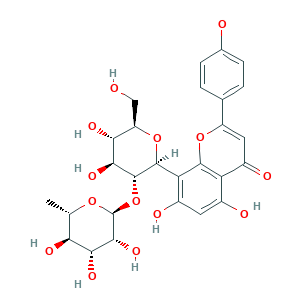 Vitexin rhamnoside Item Number: BF-V2006 Specification : For Reference Standard and R&D, Not for Human Use Directly.CAS: 64820-99-1 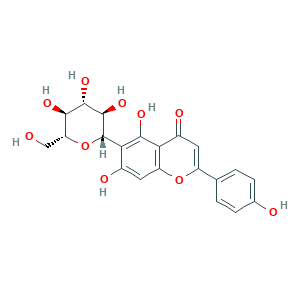